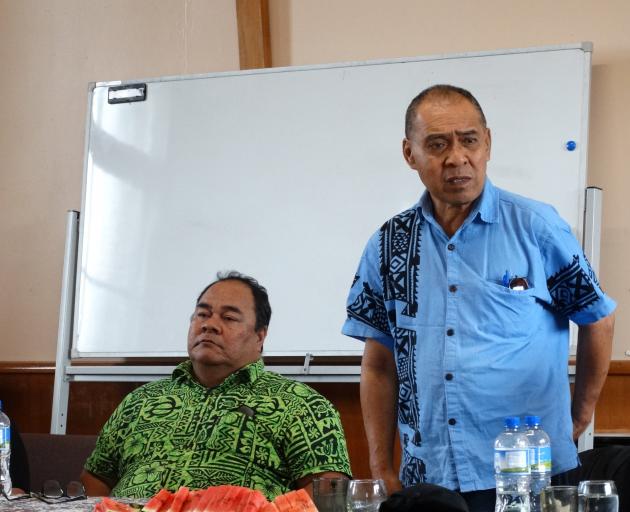 Mr Panapa was responsible for the programme, which served to recruit people from the Pacific Islands to work seasonally in New Zealand, under the Pacific access category resident visa.

Mr Panapa said he was visiting the 15,000 Tuvaluans working across New Zealand but was also exploring new employment opportunities for them.

"Tuvalu lacks working opportunities and there is always a shortage in New Zealand’s horticultural industry."

He hoped to extend the scheme from the horticultural and fishing industries to include the meat industry.

In Oamaru he met the Tuvalu Community Group and representatives from the Alliance Group Pukeuri freezing works on Thursday.

Mr Taupo joined the tour to encourage and show support to the workers.

He also had meetings scheduled with various New Zealand ministers, including Prime Minister Jacinda Ardern, to discuss issues faced by people of Tuvalu.

During a financial crisis in 2009, many of the country’s seafarers were heavily impacted and lost their jobs, causing them to seek work in European shipping.

The seasonal workers in Australia and New Zealand filled in a big gap, and strengthening Tuvalu and New Zealand’s bilateral relationship was important, Mr Taupo said.

Mr Taupo came to New Zealand with his wife in February last year for an eye treatment, but was caught in the national Covid-19 lockdowns and has been here ever since.

Until his return to Tuvalu, he would stay with family in Paraparaumu, north of Wellington.