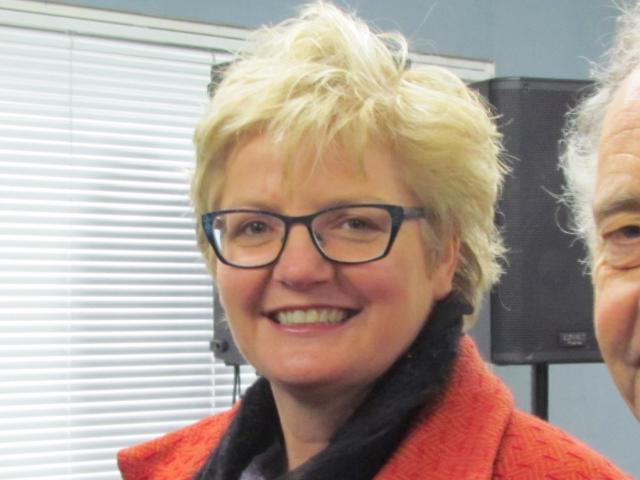 Lichelle Guyan.
The irrigation company caught up in controversy in the Waitaki Valley has submitted an engineering design solution for a proposed pipeline re-alignment to the Waitaki District Council.

Thursday was the deadline for the Kurow-Duntroon Irrigation Company to meet its first "key milestone" after a second abatement notice was issued to the company, which has been in the spotlight since August when the council first ordered it to stop work on sections of its $45million upgrade through the valley along State Highway 83 where the pipeline blocked views of the Waitaki River near Kurow.

Council heritage, environment and regulatory group manager Lichelle Guyan confirmed on Thursday the council had received a response from the company but would not comment further because the engineering design solution had yet to be assessed.

This week, the Otago Daily Times reported Mrs Guyan was satisfied the second abatement notice issued, demanding the company reach key milestones and achieve full compliance by September, was sufficient to ensure the newly installed irrigation pipeline would be reinstalled to meet its consent conditions.

However, on Wednesday, Mrs Guyan was not able to offer any details on those milestones.

On Wednesday evening, the council's community, culture and regulatory committee meeting agenda published on the council website showed the abatement notice allowed the pipeline to be completed to allow water to flow to users for this irrigation season "but stipulates that rectification work to bring the pipelines down below road level in the identified areas must be completed by September 15, 2020".

The company was to provide the council with an engineering design solution for the proposed pipeline re-alignment by yesterday. If the proposed solution required the company to apply for or change resource consent, that was to be done by February 7.

Meanwhile, the council's performance, audit and risk committee agenda also notes the final $300,000 of a $3million loan from the council to the company was expected to be drawn down this month.