Welcoming face of 'ODT' for 50 years 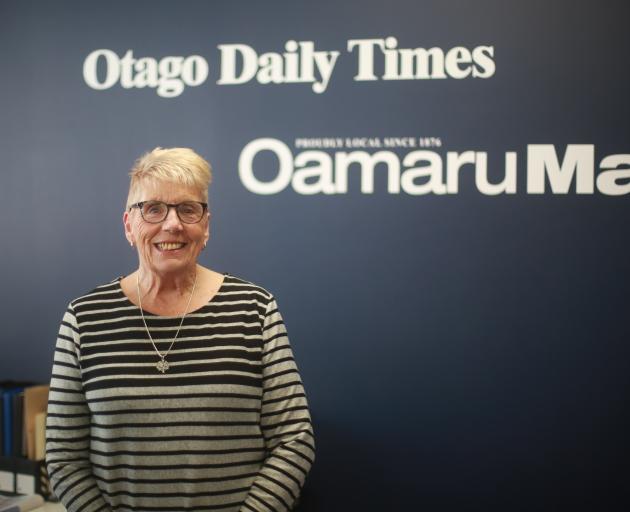 Five decades on, she still holds the same role with Allied Press.

Mrs Murphy (67), nee Mills, left Waitaki Girls' High School in the sixth form and successfully applied for a job as a receptionist at the ODT.

"I can still remember the interview. Mr [Maurice] Tonkin had me spell `accommodation', `Otematata' and asked about the moon landings that were all over the news," she said.

"If you were working at the paper you had to know a bit about current affairs - you couldn't be a complete numpty."

Mrs Murphy was the only female staff member when she started.

The role of a receptionist was varied and included tasks such as developing film and dividing up the week's wages in cash.

Mrs Murphy remembered her wage as about $8 or $9 a week and the first Christmas shout was $1 to buy strawberries and ice cream.

Her 50 years at Allied Press was not an unbroken stand; she was lured to the bright lights of Sydney for two separate stints in the 1970s and early 1980s.

It was at a hangi at Bondi Beach where she met her future husband, the late Terry Murphy - a "Maori Irishman".

When their first child, Lea, arrived, and they outgrew their Sydney home, they had to decide to move to "the sticks" or home. They chose Oamaru and Mrs Murphy returned to her job at Allied Press in 1986.

By that stage, technology had advanced so copy was faxed to Dunedin, rather than mailed.

Oamaru had always been home for Mrs Murphy and she enjoyed being close to family and, of course, back at the front desk.

"I have loved it though [and] the best thing has been the people - customers and colleagues.

"There is always variety and there have been some real characters."