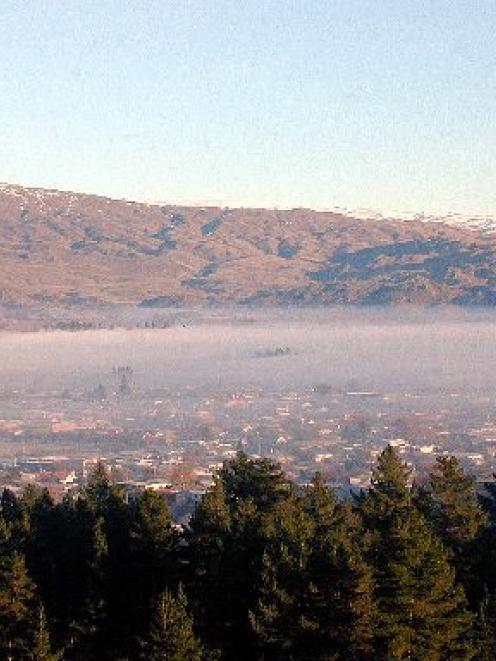 The Otago Regional Council says it is not being soft on coal burners in towns such as Alexandra. Photo by Dianne King.
Otago regional councillors deny suggestions their proposed enforcement process for those who continue to burn coal is too lax.

As of January 1, burning coal was prohibited in Alexandra, Clyde, Cromwell and Arrowtown as the Otago Regional Council continues its plans to reduce air pollution in those towns.

Under its proposed enforcement process, it would not be until at least 2014 that "gross polluters" or repeat offenders were given infringement notices.

Until then, the council would be relying on people to report offending neighbours, making information available and, in 2013, sending warning letters to badly performing houses.

Chief executive Graeme Martin said it was a transitional process, so the question was whether the measures were sufficiently "tight" or "community-minded".

Chairman Stephen Woodhead said the council was already starting to get complaints from residents who had changed their heating source and "now had a problem with someone else in the street".

Education on the changes would "slowly ramp up" over the next couple of years, until 2014, when the council planned to redevelop the strategy.

While originally considering the approach too soft, Mr Woodhead was happy "to go with this".

"These towns have very poor air quality and I'm sure everyone understands the health effects."

Cr Bryan Scott said the measures were still a "line in the sand" and, if coal burning was detected, owners would get a warning notice to stop using the burner within three months.

It would then be followed up in another three months and, if the burner was still being used, another warning would be issued in a month. Another check would be done a month later and, if there was still not compliance, an infringement notice would be issued.

Resource management director Selva Selvarajah said, if the approach of responding to complaints and relying on visits by enforcement officers was not effective, "active surveillance" would be introduced in selected areas, particularly in air zone one towns in Central Otago.

While the Government had amended the national environmental standards for air quality, and the council was still attempting to meet the original standards and deadline of September 2013, he said.

Tightening up standards in Dunedin, Mosgiel, Oamaru, Wanaka, Queenstown and Balclutha, which were less polluted, would also be based on responding to complaints, education and any appropriate enforcement action.