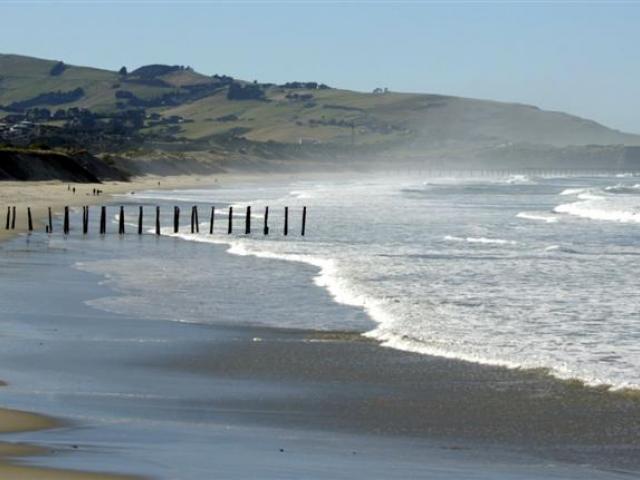 Kiwi beer brand DB Export is recycling its used bottles to make a man-made sand - an effort the company hopes will help preserve our beaches.

Alternative fuels - including from forestry residue and waste - will come up with answers to help replace fossil fuel petroleum, writes Jim Childerstone.

Nutrient loads are expected to increase in Otago water, as land use intensifies, which will lead to worsening water quality, the Parliamentary Commissioner for the Environment warns.

Simone Pflaum is helping create her own dream city.
The clean, green image on which we New Zealanders pride ourselves and the "100% pure" brand we market to the world are becoming increasingly sullied.

The value of 80 million tonnes of high quality export coal is about to weighed up against nationally endangered and vulnerable animals and other rare flora and fauna - all residing in and around the Denniston Plateau looming above Westport, on the West Coast.

Dunedin City Council staff will conduct a fact-finding mission at Te Rauone Beach, on Otago Peninsula, after claims urgent action is needed to address erosion in the area.

Otago regional councillors deny suggestions their proposed enforcement process for those who continue to burn coal is too lax.

The Otago Regional Council is warning thousands of farmers with consent to take irrigation water from rivers to conserve as much water as possible to reduce the pressure on rapidly dwindling rivers.

Large colourful crops of oil-seed rape may become a more common sight on Otago farms in the future as the biofuel revolution gathers momentum.
A building platform resource consent has been approved for a Dublin Bay property owned by Aucklander Ted Hewetson, the husband of celebrity chef Annabel Langbein, but an appeal is already being considered by the Upper Clutha Environmental Society.

Cellphone cameras could soon be used to gather evidence of environmentally damaging deeds in back-country Otago.

Although the popular eDay computer waste programmes will not go ahead this year, permanent electronic waste depots have been set up around the country, including three in Otago, and they will also take televisions - for a fee.
How wood burners are used is a major contributor to winter air pollution in urban areas, new research is finding.

Having a green thumb and a passion for recycling has paid off for a pupil at Logan Park High School, in Dunedin.
Southland's environmental champions were honoured at the Southland Environment Awards presented in Invercargill last night.