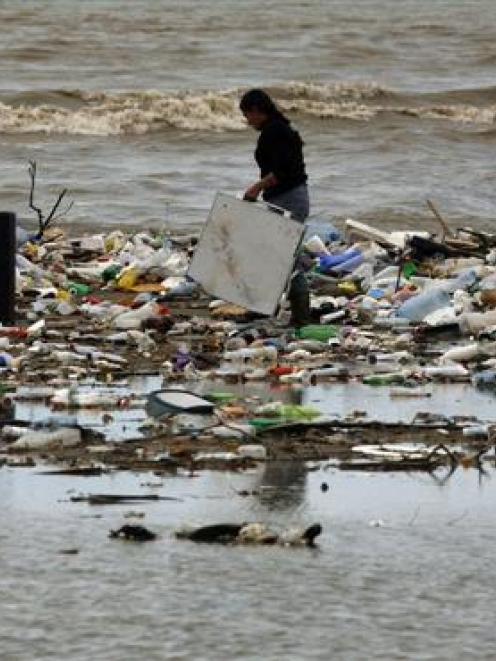 We are heading for hell in a fossil-fuelled handcart, spinning towards implosion. Planet Earth is not able to keep pace with humanity's demands nor cope with its wasteful by-products.

And the gap - the "ecological overshoot" - is growing.

This bleakest of prognoses for our planet's future comes from the World Wildlife Fund (WWF), which last week released its ninth "Living Planet Report". It is a cry for help (if anyone is listening):
• Biodiversity - the number and range of species - is in freefall, especially in tropical regions where human demands and land-use changes are cranking up.

• Birds, fish, mammals and other vertebrates are taking such a hammering they are shrinking in average size - about one-third smaller than in 1970.

• And unless we can reduce greenhouse gas emissions to 80% of their 1990 levels very quickly, large regions will experience temperature rises of more than 2degC above pre-industrial levels by 2040. 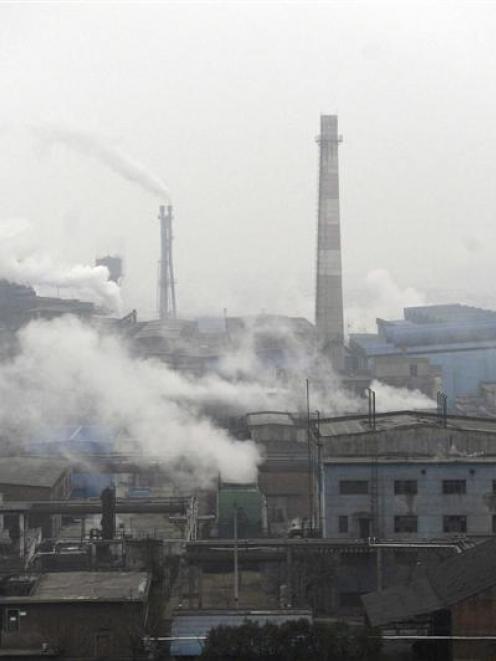 The report updates the Living Planet Index, a set of indices which, among other things, track the health of about 2600 species in terrestrial, freshwater and marine habitats - and the trend continues to be one of steady decline.

The latest analysis, based on 2008 data, says the overall biodiversity index has declined by 28% since 1970. Tropical regions fare worst, with a 60% decline.

The index also traces our ever-growing ecological footprint, which is the area of productive land and water required to produce the resources an individual or country consumes and to absorb the waste generated. Every year since 1970, humanity's global ecological footprint has exceeded nature's capacity to replenish and absorb. The gap - the ecological overshoot - has now reached 50% (up from 30% in 2005).

This means it would take 1.5 years for the earth to fully regenerate the renewable resources that people use in one year and absorb the CO2 waste produced. By 2050, if we carry on as we are, we will need the equivalent of 2.9 planets to sustain our ways.

Still, it could be worse - if everyone lived like an average resident of the United States, four Earths would be needed to satisfy our annual demand on nature. 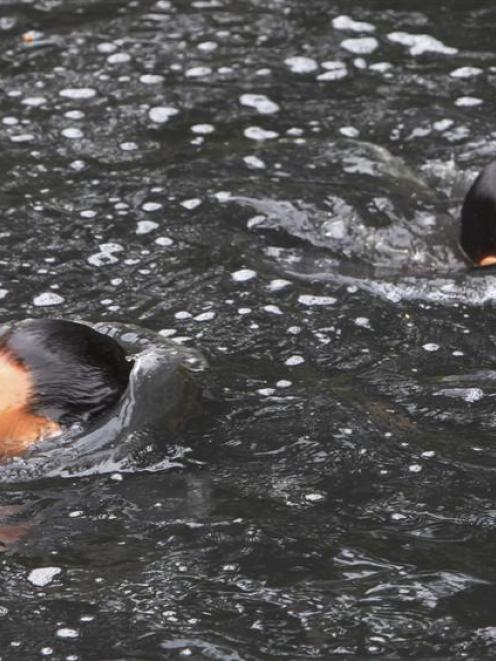 That's part of the problem. As affluence increases in emerging economies - Brazil, Russia, India, Indonesia, China and South Africa - so does consumption. People start to hanker for the toys and trappings we associate with American consumer culture.

These emerging countries are also where population is booming, causing their ecological footprint to treble since 1961.

The planet's population passed seven billion last year and is forecast to reach 9.3 billion by 2050. Much of the growth will be in Africa, Asia and Latin America - tropical regions where biodiversity has suffered most as forests are destroyed, land use intensifies and rivers are utilised.

In Africa and Asia, a scramble for land is under way, with external investors securing access to agricultural land for future food production, often at the expense of the poorest.

Since the mid-2000s, an area almost the size of western Europe has been transferred in land-allocation deals.

And population is becoming increasingly concentrated in big cities which are big polluters.

Urban residents are already responsible for more than 70% of fossil-fuel related CO2 emissions. By 2050, two out of three people will live in a city. If investment in urban infrastructure follows "business-as-usual", this growth will appropriate more than half of humanity's carbon budget for the next 90 years in just 30 years. 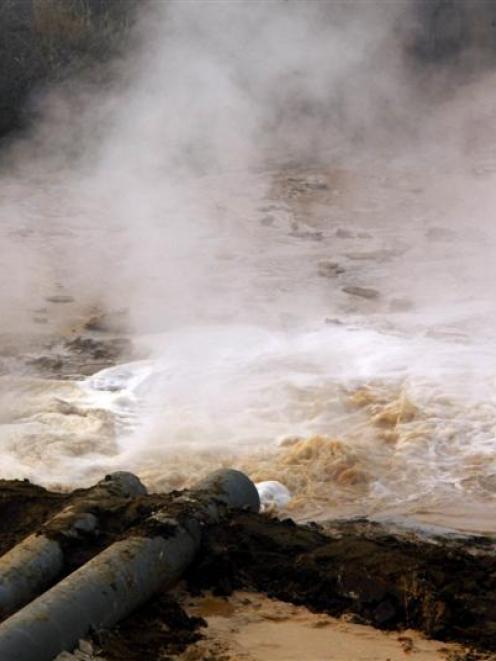 What is humanity doing about it?

In global terms, nowhere near enough, despite moves towards renewable energy, resource efficiency and sustainable production. In the case of New Zealand, we are making things worse as policymakers sit on their hands.

Parliamentary Commissioner for the Environment Jan Wright has reported that even with the Emissions Trading Scheme and other measures in place, our greenhouse gas emissions are on track to be 30% above the 1990 level by 2020.

On a per capita basis, New Zealanders punch above our weight in the pressure we're placing on the planet, with a footprint per person of 4.3 global hectares (gha - representing the biologically productive area we take up to meet our needs).

This is the 35th highest in the world - the global per person average is 2.7 gha - despite our low population and large areas of protected forest. If methane and nitrous oxide emissions from farming were included in the index, we'd look even worse.

Geographically, New Zealand is included in the Indo-Pacific region (which includes Southeast Asia) which has suffered the biggest biodiversity decline of any, estimated at 64%. 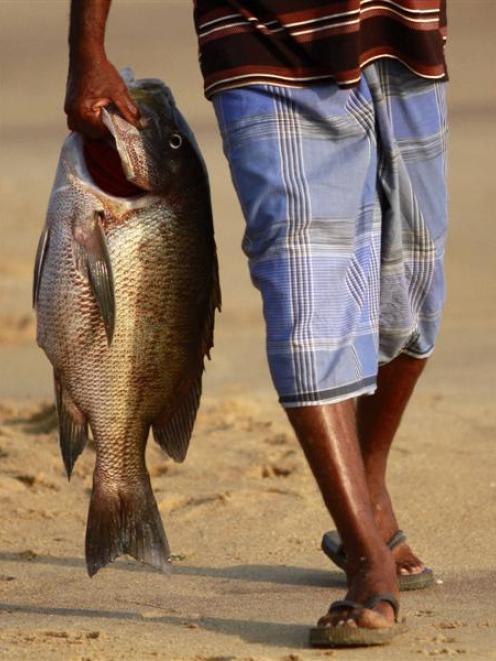 This is linked to population and economic growth - bringing rapid urban, agricultural and industrial expansion and rising per capita consumption. The impacts include habitat loss and degradation, over-exploitation of fish, seafood and other wild food sources, pollution and the spread of invasive species.

The report emphasises the potential of climate change to wreak havoc on biodiversity. It notes 55% of humanity's ecological footprint comes from the carbon footprint - an estimate of the amount of forest needed to sequester CO2 emissions from fossil fuels.

It quotes Intergovernmental Panel on Climate Change (IPCC) findings in 2007, which flagged an ecologically catastrophic cocktail of global warming - bringing more severe droughts, flooding, sea-level rises and ocean acidification - mixed with land-use changes, pollution and over-exploitation of resources. This "unprecedented combination" would bring conditions likely to wipe out many ecosystems this century.

New research on ocean acidification, published in Science in March, warns "the current rate of CO2 release stands out as capable of driving a combination and magnitude of ocean geochemical changes potentially unparalleled in at least the last 300 million years".

But the report is more than a portent of planetary doom - it offers solutions. We need to be kinder to the planet, share resources more, abstain from conspicuous consumption and look for more efficient and sustainable ways to produce what we need. The problem is that governments, industry and consumers have not been moved to act sufficiently. 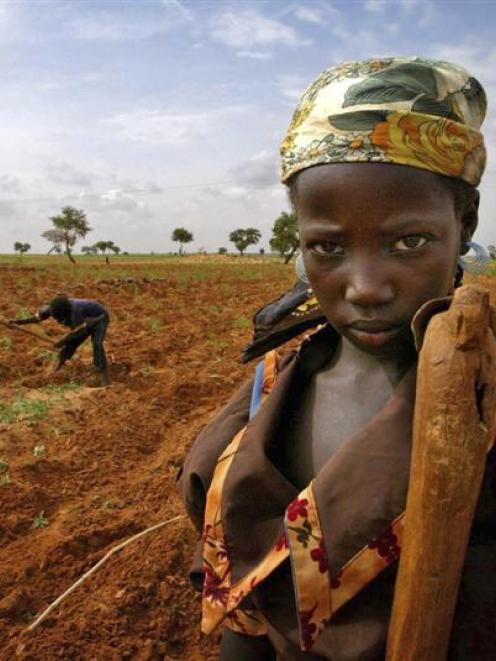 In this country as elsewhere, successive governments have gone soft on serious emission-reduction measures for agriculture, transport and secondary industry.

The report maintains much can yet be done. A WWF "Energy Report", published last year, argues it is possible to supply 95% of the world's energy needs by 2050 from renewable sources including wind, solar, geothermal and hydro.

Communities can usher in measures for housing, energy, transport and food. At a personal level, the affluent could even change their diets to reduce red meat and dairy consumption and waste.

The report has been released early, before next month's Rio + 20 meeting when world leaders will consider new measures to address environmental security and resource management.

If New Zealand and other countries had honoured the commitments they made at the first Rio Earth Summit in 1992 we wouldn't be in the mess we are in today, WWF New Zealand executive director Chris Howe says.

New Zealand has reneged on commitments made at summits at Rio, Kyoto, Copenhagen and Cancun, where it pledged to prepare a low-carbon development plan.

"There's a long list of things the Government of the day committed to but hasn't done - the kind of things that could have prevented these trends," Howe says.

New Zealand has experienced one of the highest rates of species extinction in the world since human occupation. Howe says the recent decline of many species, including kiwi, sea lions and Maui dolphins, reflects the Government's failure to develop an effective biodiversity strategy since 1992.

Peter Hardstaff, the agency's climate change spokesman, notes the current Government is encouraging oil and gas and mineral exploration instead of looking to renewable energy.

It is supporting Solid Energy's plans to convert Southland lignite deposits to urea and diesel - "you can't really get much more polluting than that".

Oceans
• The marine biodiversity index declined by more than 20% between 1970 and 2008. Tropical species declined around 60%.

• Increased fishing intensity, including deep-sea trawling, purse seining and longlining, has had dramatic consequences on the marine environment, with a near fivefold increase in global fish catch, from 19 million tonnes to 87 million tonnes from 1950 to 2005.

• Many fisheries are over-exploited and in danger of collapse or extinction, e.g. northern bluefin tuna. Late maturing and long-lived fish populations, such as orange roughy, are very vulnerable. Targeted fishing of top predators (e.g. sharks) has changed whole ecological communities. In New Zealand, the Maui dolphin is near extinction, a victim of bycatch.

• Absorption of CO2 has increased ocean acidity by 30% above pre-industrial levels.

• Oceans have also absorbed 80-90% of the heating from rising greenhouse gas concentrations.

Rivers
• Freshwater ecosystems occupy about 1% of the Earth's surface, yet are home to about 10% of all known animal species.

• The freshwater species index has experienced the biggest overall decline (37%) since 1970, with the tropical freshwater index falling by 70%. The Yangtze River dolphin is thought to be extinct.

• Land-use change, water use, infrastructure development (including dams), pollution and climate change are impinging on the health of rivers and lakes around the world.

On the rise
• The IPCC 2007 report links recent global warming to adverse changes in terrestrial, marine and freshwater ecological systems.

• Average global surface temperatures were 0.8degC warmer during this century's first decade than they were a century before. Rising concentrations of greenhouse gases, especially CO2 from fossil fuel use, are the principal driver of long-term warming.

• Global warming is likely to exceed 2degC above pre-industrial levels by 2040 unless greenhouse gas emissions are reduced to no more than 80% of 1990 levels quickly. A sharp, sustained drop in emissions needs to begin before 2020.

Land
• The global terrestrial index including birds, mammals, amphibians and reptiles has declined 25% since 1970.

• Deforestation and forest degradation account for up to 20% of human-contributed CO2 emissions. Around 13 million hectares of forest were lost each year between 2000 and 2010.

• Scientists are concerned that climate change may bring increasingly arid conditions to the Amazon, resulting in net carbon losses from its forests.

• More intensive land use and conversion of croplands and forests for biofuel production is accelerating biodiversity loss. Tiger populations are estimated to have fallen by 70% in 30 years to between 3200 and 3500. 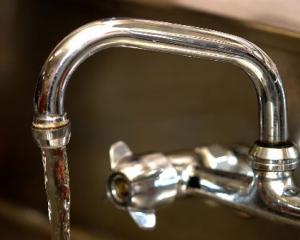