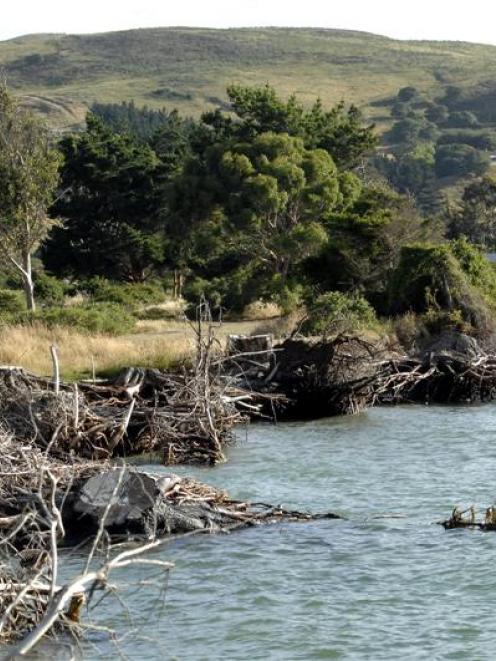 Erosion by the Te Rauone Beach domain at Harington Point. Photo by Linda Robertson.
Dunedin City Council staff will conduct a fact-finding mission at Te Rauone Beach, on Otago Peninsula, after claims urgent action is needed to address erosion in the area.

It was not yet known when the visits would take place, but they would come before public hearings on the council's annual plan in May, when a submission from residents was expected to be heard, he said.

The visits would allow council staff to present more detailed information, including the history of erosion in the area, to councillors during annual plan deliberations, he said.

However, the question of whether the council helped fund any solution to the problems would still require consideration by councillors, and there also remained a question mark over the council's role in any response, he said.

His comments came after the Otago Daily Times reported residents feared homes in the area would be under threat within the year, if erosion continued unabated, and that waves from passing cruise ships and container carriers were making the problem worse.

Port Otago had prepared a consent application for a rock breakwater and beach replenishment project, but wanted $160,000 from the city council to help pay for the work.

Council staff initially said they would wait for a submission from residents to the annual plan process, or for Port Otago to file its consent application, and would need to consider funding as part of the forthcoming budget hearings.

However, Dunedin Mayor Dave Cull on Monday said the council might need to be more "proactive" in gauging the extent of the problem and discussing the issue with Port Otago and the Otago Regional Council.

The council could even resort to a budget overspend, if needed, to address residents' concerns.

Residents told the ODT the beach was losing up to 5m a year on average, but in the past year up to 20m in some places.

"Clearly, you can't have real estate being washed away without at least considering whether you're prepared to sacrifice it," Mr Cull said.

"Some of this is private property, some of it is [council] reserve.

Clearly, we have to look at it and, if it's happening at the pace some people are saying it is ... it's a serious issue."