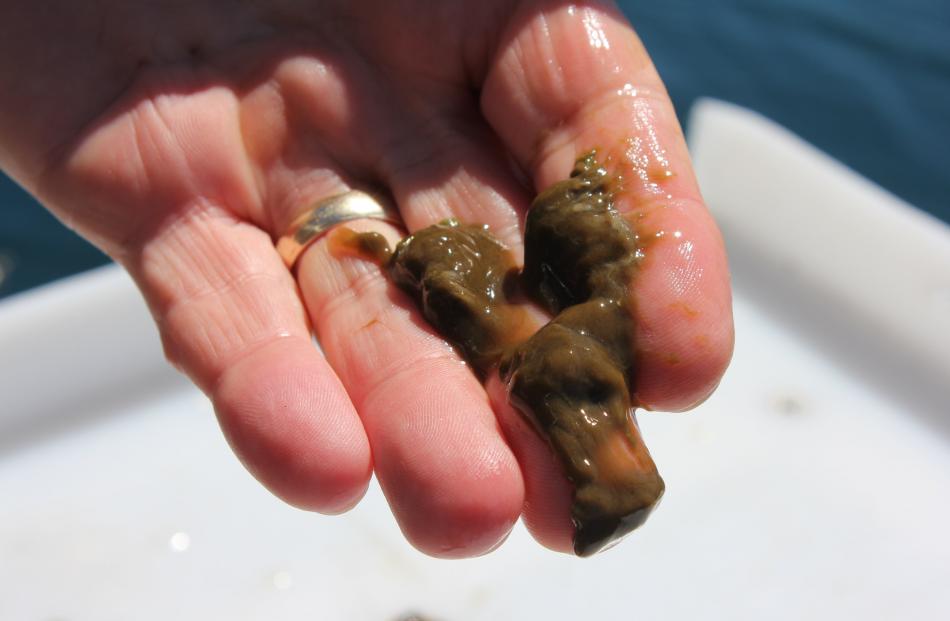 Some Wanaka fishermen say the lake snow is clogging their gear and preventing them from fishing in certain parts of the lake. Photo: Margot Taylor 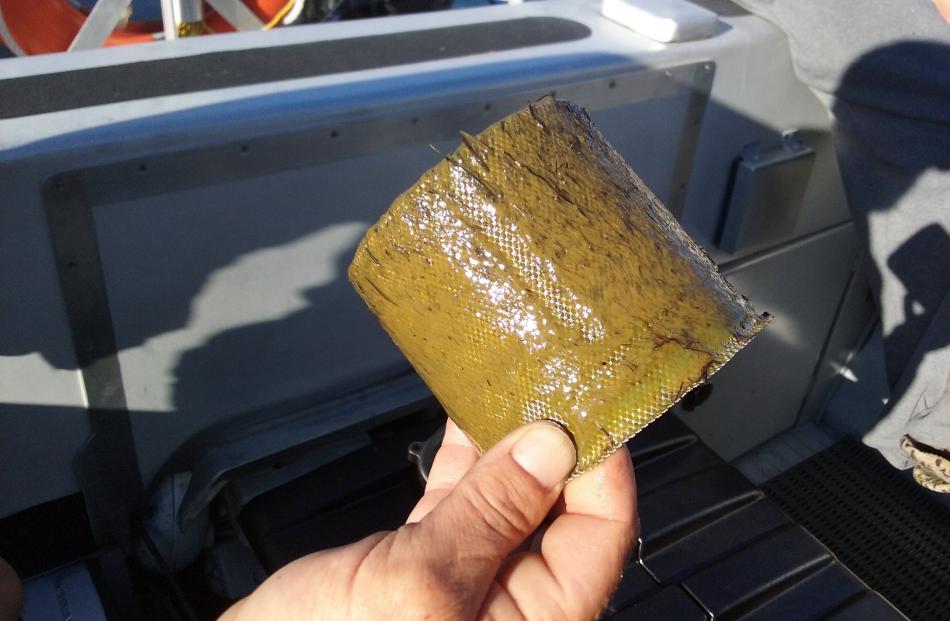 The inlet filter of a boat after two days in Lake Wanaka. The owner says the filter was cleaned two days before the boat entered the lake. Photo: supplied 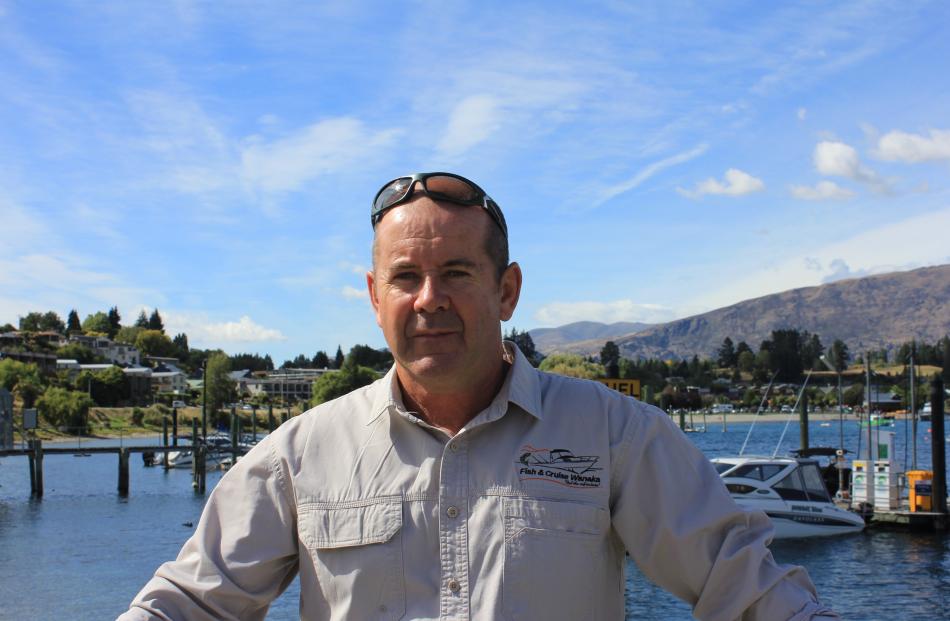 ''It is at the point where I am reluctant to take people fishing, simply because they say ‘what’s that on the line?’ and you can’t make up stories any more.'' - Alan Baxter 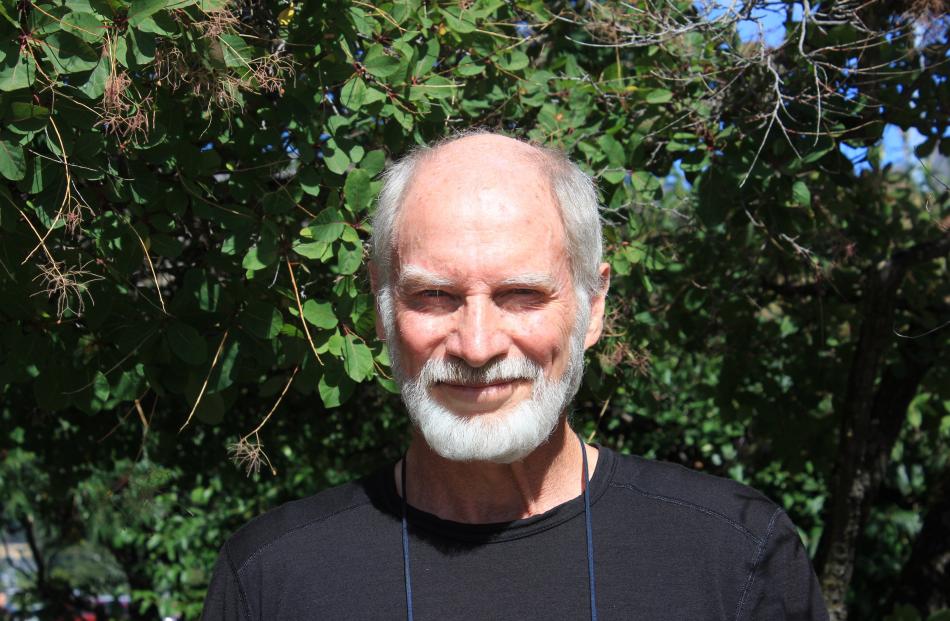 ''Nobody really knows what the nutrient budgets of the lake are.''- Don Robertson 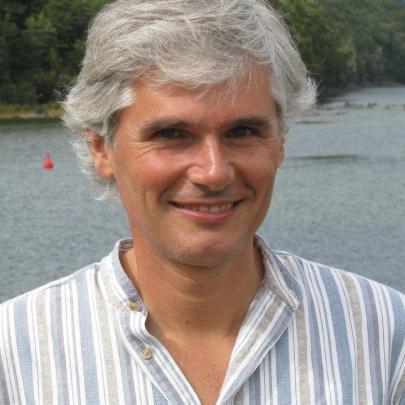 ''I really feel for the people of Wanaka, because it could end up costing a lot of money in water treatment.''- Lake snow researcher Marc Schallenberg 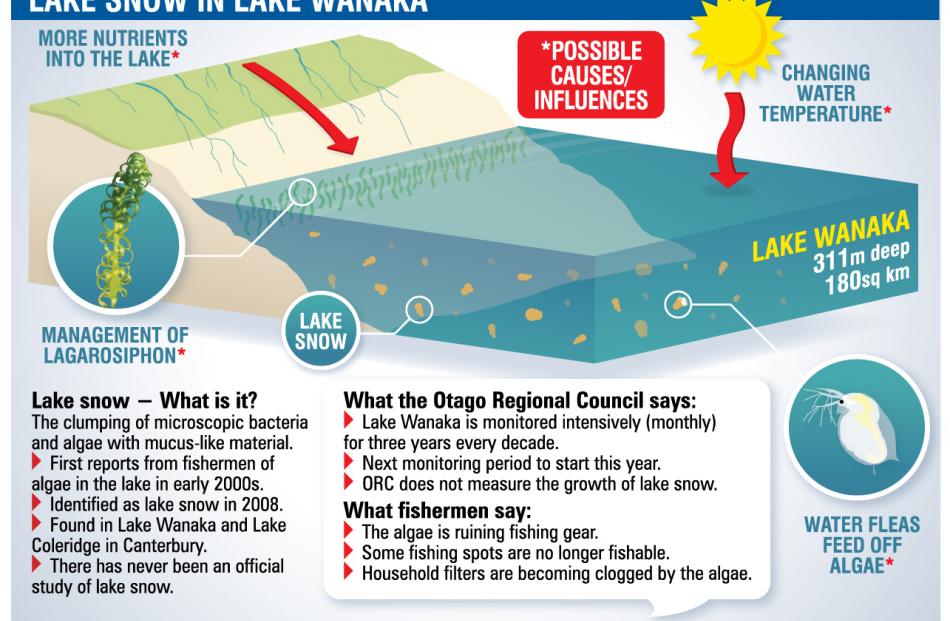 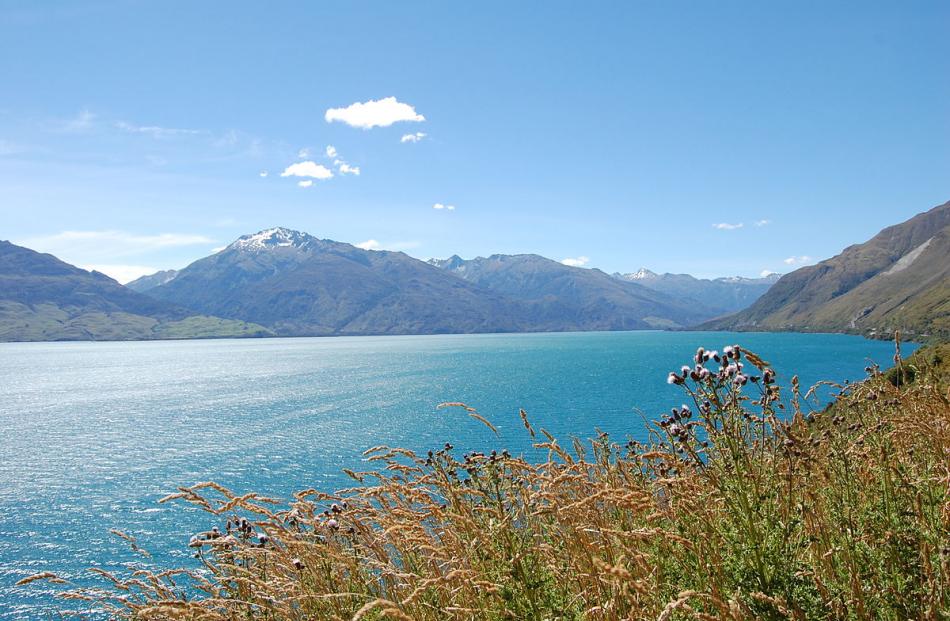 A possible new plan for attacking lagarosiphon in Lake Wanaka was announced this week, but Wanaka reporter Margot Taylor finds the lake weed is not the only baddie lurking beneath the lake’s surface.

Beneath the crystal clear water of Lake Wanaka, algae are flourishing, algae which a group of local fishermen and members of the Guardians of Lake Wanaka say have the potential to devastate the iconic lake.

The issue is ‘‘lake snow'', a build-up of microscopic bacteria, algae (Cyclotella bodanica) and mucus that have clumped together and become visible to the human eye.

Wanaka fishermen and the Guardians of Lake Wanaka say the gelatinous algae, which changes in appearance from mud-like when it is new to snow-like when it is old, is ruining fishing gear and rendering some parts of the lake unfishable.

Fish and Cruise Lake Wanaka owner operator Alan Baxter, who is also a member of the lake guardians group, says he has spent years trying to ‘‘explain away'' the problem to clients on his boat.

‘‘In about 2000 you would go fishing here and put your line out you might just get a tiny blob of algae on your line.‘‘Over the years, that has got worse and worse ...

‘‘It is at the point where I am reluctant to take people fishing simply because they say ‘what's that on the line?' and you can't make up stories any more.''

While fishermen began noticing the algae in the early 2000s, it was not identified as lake snow until 2008.

At the time of its discovery, Lake Wanaka was the only lake in New Zealand to have such algae.

In January 2015, lake snow was detected in Canterbury's Lake Coleridge.

University of Otago limnologist (lake researcher) Marc Schallenberg, who identified the algae during intensive studies of Lake Wanaka, said it was an ‘‘interesting ecological phenomenon'', but was causing ‘‘some pretty major problems for Wanaka''.

Despite submitting proposals to the University of Otago and the National Geographic Society, no funding had been provided to study the cause of lake snow, he said.

‘‘We have a number of hypotheses about why the snow formed.''

There was not a strong indication of climate change in the lake. However, the algae could be an indication of the changing water temperatures.

‘‘We know from literature that this particular alga, Cyclotella, also seems to be becoming prevalent in lakes in other parts of the world, and it has been linked to global warming.

‘‘So this particular alga seems to do well in lakes that it didn't do well in before, when the lakes are shown to warm a little.''

The invasive ‘‘water flea'' Daphnia, a 2mm-long crustacean, was present in Lake Wanaka, and was a known grazer of algae, which could encourage the alga to grow in areas where it hadn't been encouraged to before.

It was possible increased nutrient levels in the lake could also be a factor, he said.

‘‘It could also be related to land use change around the lake that obviously is bringing more nutrient into the lake, which ultimately fuels the algae in the lake.''

He said the management of the oxygen weed lagarosiphon, which has inhabited the lake since the early 1970s, could also be encouraging the growth of lake snow.

‘‘There is this huge effort going into controlling lagarosiphon and that dying-off of lots of plant material all at once could maybe fuel the algae.''

Dr Schallenberg said ramifications from the algae could be far-reaching.

‘‘I really feel for the people of Wanaka because it could end up costing a lot of money in water treatment and I have spoken to commercial fishing guides who basically had to give up their fishing careers because of the lake snow.''

Guardians of Lake Wanaka chairman Don Robertson questioned why the nutrient budget of the lake had not been investigated.

‘‘There has been an accumulation of nutrients in the lake over a long period of time.

‘‘Nobody really knows what the nutrient budgets of the lake are.''

Dr Robertson said the fact many household water filters in Wanaka were becoming clogged every few weeks was indicative of the health of the lake.

In January, the Queenstown Lakes District Council announced it would begin a $34,000 three-month trial to test whether a new treatment system would reduce the impact of algae on household filters.

Both Dr Schallenberg and Dr Robertson questioned why a water filtration system was being trialled when it would not prevent algae from growing in the first place.

‘‘It is the proverbial ambulance at the bottom of the cliff. It doesn't actually address the actual problem.‘‘It won't affect the lake snow in the lake at all,'' Dr Schallenberg said.

Lake Wanaka is covered by the Otago Regional Council's Otago Water Plan and Dr Robertson said he did not understand why the district and regional councils were not working together to create a lake management plan.

‘‘Otago Regional Council have got responsibility for the lake.

‘‘The lake is not managed ... the lake is drifting, things are changing and the ORC isn't rising to the occasion.''

In a statement to the Otago Daily Times, ORC director of engineering, hazards, and science Gavin Palmer said the council ‘‘constantly reviews and monitors local water quality including Lake Wanaka''.

However, he confirmed monitoring of the lake's trophic status (a means of measuring lake processes based on nutrition and growth) last happened in 2009.

The council did ‘‘not see a need to provide a separate management plan for Lake Wanaka'' because it was already covered in the regional plan, he said.

However, he said lake snow was not measured within the plan, so it was not known if the problem was escalating.

In 2020, limits on the level of contaminants going into the lake will take effect under the council's Otago Water Plan.

‘‘Lake Wanaka is covered by the Otago Water Plan, which includes rules on contaminant discharges and sets contaminant limits for local waterways including Lake Wanaka.''

Under plan change 6A of the Otago Water Plan, farmers in the Lake Wanaka/Lake Hawea catchment will be limited to 15kg of nitrogen contaminants per year.

Dr Robertson is sceptical the contamination limits will make any substantial difference to the algae problem.

‘‘The ORC's approach to water management, particularly these lakes, is abysmal.''

For Mr Baxter, four years is too long to wait.

‘‘If it continues over the next five years as it has over the last five years, it is not going to be a happy sight.

‘‘Without the lake here, if we finish up with a stagnant pond out here, what happens to land values?

‘‘What happens to absolutely everything that goes on in Wanaka?''

Dr Schallenberg said he would continue to apply for funding so research into the algae could occur.