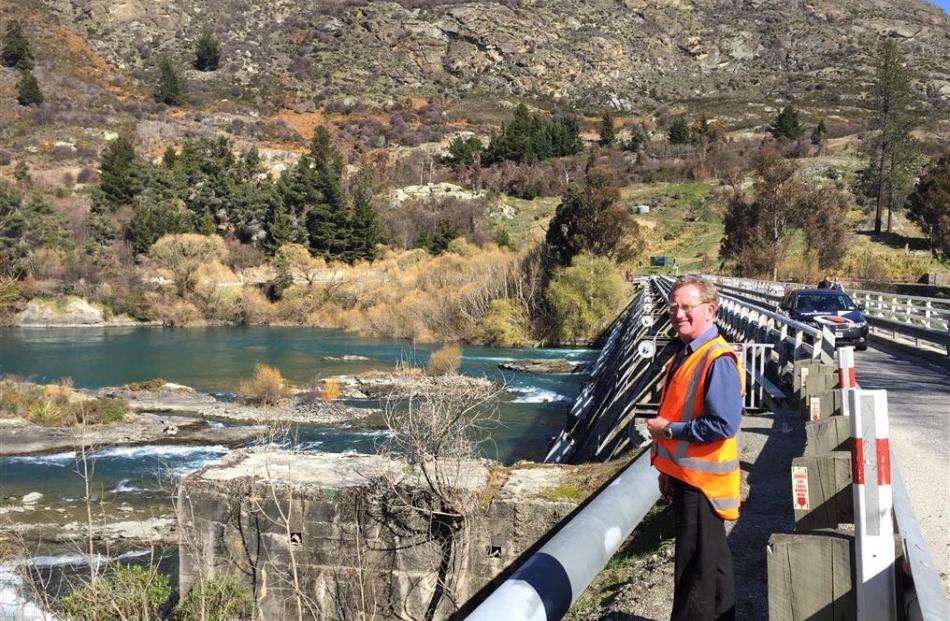 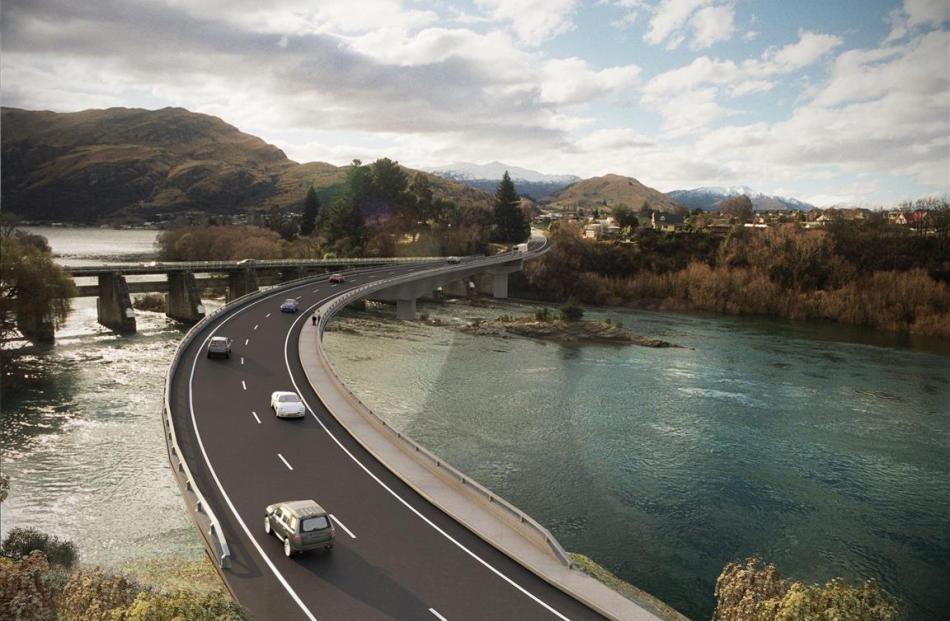 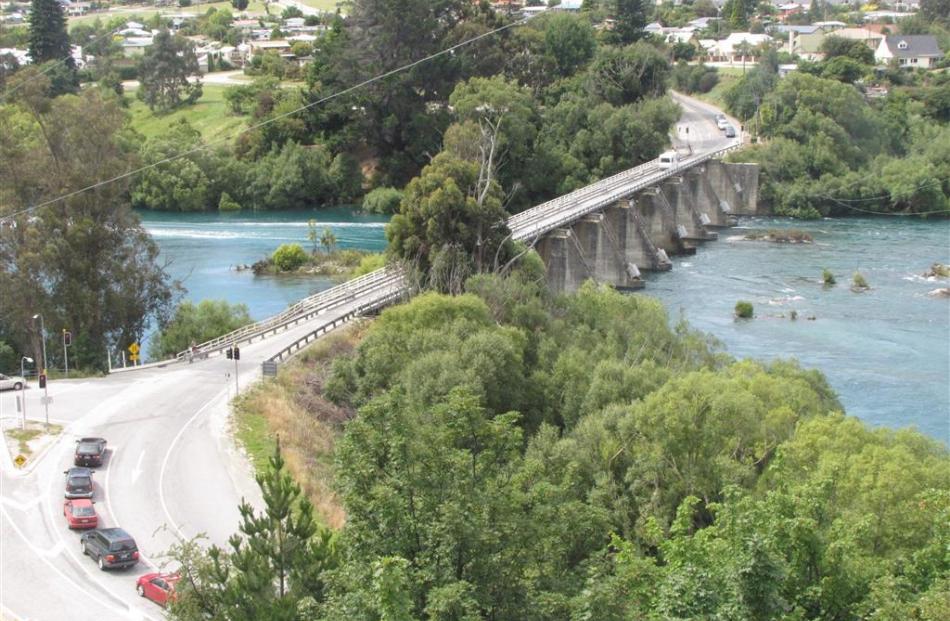 Just how do you build a bridge to handle more than 20,000 vehicle movements a day? Paul Taylor gets the lowdown on what it will take to get the new Kawarau Bridge at Frankton off the ground.

The first cars, camper vans and trucks will roll across the new Kawarau Bridge in late 2017 but there is, ahem, a lot of water to go under the bridge before then.

The $22 million curved crossing was finally given the go-ahead last year.

It's the sleek, modern, two-lane southern entrance to the resort that motorists stuck in traffic on either side of its single-lane ramshackle predecessor will have daydreamed about.

It will take 1500 tonnes of steel and more than 1100 cubic metres of concrete to make the 250-metre long and 14-metre wide graceful curve around a 163m radius.

He says there's "a certain amount of overlap'' between design and construction.

Consents and design should be sorted by the middle of this year but workers are already on site.

They have removed trees on the south bank for work areas and site offices.

Auckland's McConnell Dowell, the main contractor, will typically have 30 people on site, although that will double towards the peak of construction.

The next phase is to build a cat's cradle of beams and supports, known as trestles, out from both river banks.

The trestles will provide a temporary platform from which to build permanent piles 45m apart, with single-column piers on top.

They will support the bridge's thin superstructure - girders, deck and barriers.

Mr Dowsett said the contractors would use two different methods to get the superstructure across the river.

"The southern half will be launched from the southern bank by pre-assembling the girders and deck and progressively jacking them out of the river.

"This is the curved section.''

There is less space on the northern bank, though, so the straight half's girders and precast concrete will be lifted into place by two 150-tonne cranes.

The whole superstructure should be completed before winter 2017.

The fundamental principles remained the same and topography and ground conditions determined form and construction.

"[But] the approach to keeping workers safe has changed,'' he said.

The agency and contractor aimed to maintain a "zero-harm'' environment, he said, "while ensuring safety is top of everyone's mind at all times''.

Mr Dowsett said the curve would not affect the strength of the bridge.

"The bridge design code does classify areas of New Zealand by the likelihood of an earthquake, so a bridge built in Wellington is likely to have more reinforcement than, say, in Auckland.

[This one] is designed to withstand the maximum earthquake that could be expected every 2500 years.''

So thousands upon thousands of vehicle movements won't make a dent.

How Frankton will cope with that level of traffic has still to be determined.

Last year, incredulous local campaigners labelled the agency short-sighted. They called for the bridge to be built downstream, connecting directly to Boyd Rd and the Eastern Access Road. But the agency's southern boss, Jim Harland, in June confirmed traffic modelling showed the agency had picked the right site. In the longer term, a second bridge could be needed, he says. The new State Highway 6 bridge, with two full traffic lanes, sealed shoulders suitable for cycling, and a footpath, is due to open in spring 2017.

When the Kawarau Falls Bridge was built 90 years ago, accessing Queenstown from the south wasn't the goal.

It would be another 11 years before the Kingston road opened.

Instead the bridge was built as a dam, designed to stop the flow of water so the riverbed could be scoured for gold.

Hundreds of people had staked a claim along the river, and on August 30, 1926, they lined the banks waiting for the dam gates to close.

But when they finally did, the water level only dropped about a metre. The river is fed by other tributaries, including the Shotover.

Now it's about to be replaced by a new bridge, with a design that rates traffic flow above water flow.