'Comeback Kiwi' to tell of adventures 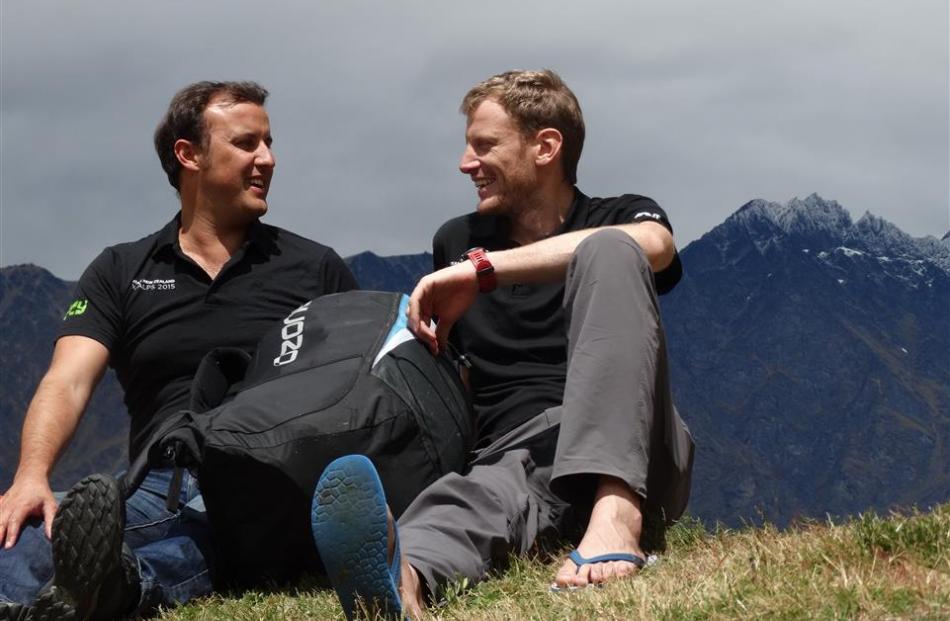 He's known in European paragliding circles as the "comeback Kiwi''.

Nick Neynens returned to Glenorchy about a week ago, five months after becoming the first New Zealander to compete in the Red Bull X-Alps, finishing in 10th place and ultimately being named Sportsman of the Event, having come from last place on the first day.

Neynens (33) and his supporter Louis Tapper, of Queenstown, travelled to Europe to compete in the event, held every second year, described as the "Olympics of paragliding''.

Mr Tapper provided ground support during the adventure, which began in Salzburg, Austria and ended on a pontoon in the Mediterranean Sea at Monaco - a straight line distance of 1038km.

Neynens told the Otago Daily Times the event had been a great experience, "it was just one part of it that didn't go well''.

That part came on day one, when Neynens - the first to climb out - noticed a knot in his lines about 30 minutes into the race.

"[I] decided to land ... then everyone overtook me. I managed to catch up ... then I went a different way to everyone else and landed ... the others kept flying into the evening.

Mr Tapper said it was an "oh no'' moment.

"Nick is very independent identifying the routes he takes. He took a different route. Sometimes that works. On this particular day it didn't work.''

Faced with elimination, Neynens had no choice but to use his only night pass to try to catch up on foot with his competitors.

That saw him walking - in jandals (to keep his feet dry) and without hiking poles (so as not to be confused for a European) - into a valley and then uphill.

With his night pass spent, Neynens then had to stop moving every evening between 10.30pm and 5am, when the goal was to sleep as much as possible.

Even so, sleep deprivation began to take its toll, Mr Tapper said.

"It's like being drunk - progressively it affects your brain performance, your ability to fly and make decisions.

Neynens said while in the air the "trick'' was to go into "really rough air'' to stay awake.

Battling on, Neynens managed to crack the top 10 by flying a remote inside line off the classic paragliding highways over the Swiss Alps, overtaking many of his rivals.

The decision saw him finish 10th overall, 10 days and 18 hours after launching.

In doing so he became just the second non-European resident to finish the race.

"Coming from basically last and almost being eliminated ... they certainly knew who the Kiwi was at the end of it,'' Mr Tapper said.

Flying will now take a back seat for Neynens for the next 12 months while he completes postgraduate studies in Melbourne, aiming to become a meteorologist.

● Nick Neynens and Louis Tapper will speak about at the Queenstown Memorial Centre from 7.30pm today about their experiences in Europe, following the Southern Hang Gliding and Paragliding Club meeting.