Council investigates use of wilding pines in boiler 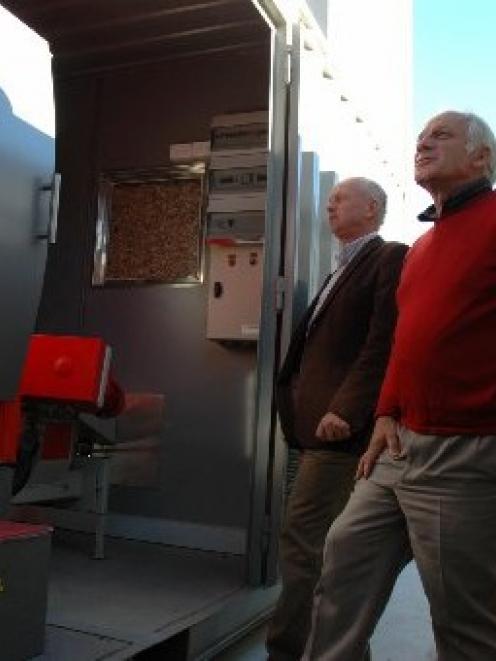 The council applied to the Energy Efficiency and Conservation Authority (EECA) for a $270,000 interest-free Crown loan to fund the replacement of the pool's electric boiler. The savings on the power bill would pay off the loan, community services general manager Paul Wilson said.

Council forester Briana Pringle is enthusiastic about the new boiler because it creates a demand for woodchips, would could be made from wilding conifers, a pest plant in the district.

Initially, however, the chips will come from Naseby.

The boiler is capable of delivering heat at significantly lower costs and with substantially lower carbon emissions.

Deputy Mayor and Wanaka Community Board chairman Lyal Cocks said the project "sets a positive example for other heat users in the area to get on board and convert to similar heating schemes. It also opens up doors for new developments in the region to heat with wood".

Ms Pringle said most wilding conifers had no economic value for timber so the whole tree could be used as fuel, turning a pest tree into a valuable resource.

The chips needed for the boiler could be processed and carted by local contractors, also boosting the council's "green footprint".

The EECA had advised there were people in Queenstown looking to convert to wood energy so there was potential for the QLDC to explore setting up a woodchip venture, Mr Wilson said.

However the Frankton Heat Study is still a valuable resource.