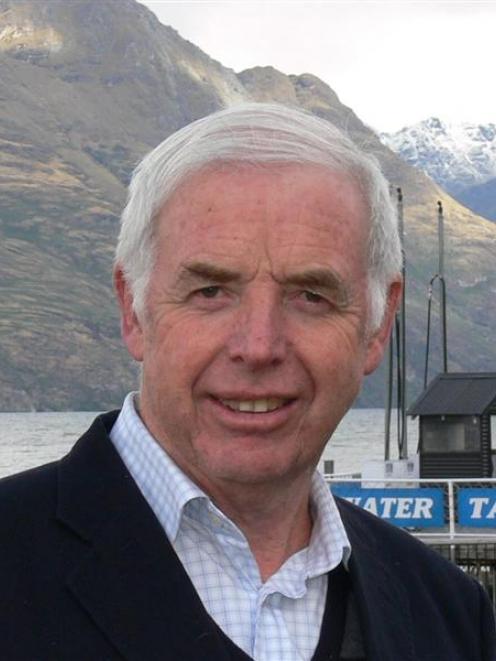 The gift was announced at the annual meeting of the committee in Wellington when he retired as president.

Mr Edgar, of Queenstown, said he had resigned to spend more time working on the inaugural Winter Games NZ, to be held in Otago in late August.

He said he was leaving knowing the organisation had never been in better shape.

"This donation will create opportunities for the NZOC and enable them to take on additional projects that will make a real difference to our communities."

He did not put any restrictions on how the NZOC spent the money.

"I hope it is spent wisely," Mr Edgar told the Otago Daily Times. "During my time as president, I have seen many opportunities to do things but we didn't have the spare money at the time. This will give the committee the opportunity to do those things."

With limited government funding, the NZOC relied heavily on corporate and community partners.

NZOC secretary-general Barry Maister said Mr Edgar had been "passionate" in his support for the Olympic movement and sport development in New Zealand.

"We cannot overstate the value of his leadership and the legacy he leaves."

Mr Edgar was yesterday made a member of the Olympic Order in recognition of his contribution to the NZOC and sport in New Zealand, joining a group of 13.

He is chairman of investment house Forsyth Barr and has been formally recognised for his contributions to arts, business, education and the sporting community, receiving the Distinguished Companion of the New Zealand Order of Merit in 2003.

Now the use of titles has been reinstated, he intends to accept the knighthood and will soon be known as Sir Eion Edgar.

Mr Edgar and his wife, Jan, have made several substantial philanthropic donations, notably to the New Zealand Olympic Committee, the Edgar Centre in Dunedin, the Edgar National Centre for Diabetes Research and Dunedin's new stadium, which will be known as Forsyth Barr Stadium at University Plaza.

"My secret is to get very good people around me and appoint an outstanding chief executive," he said. "I then make sure we develop a strong financial base to deliver the right outcome."

He is enthusiastic about the Winter Games NZ.

"It is huge in scale and the biggest event I have ever been involved in," he said. "It will have 60 hours of television coverage and will reach 60 million viewers."

Mr Edgar's involvement with the NZOC began as a board member in 1997. He replaced the late John Davies as acting president in 2001 and was elected president a year later.