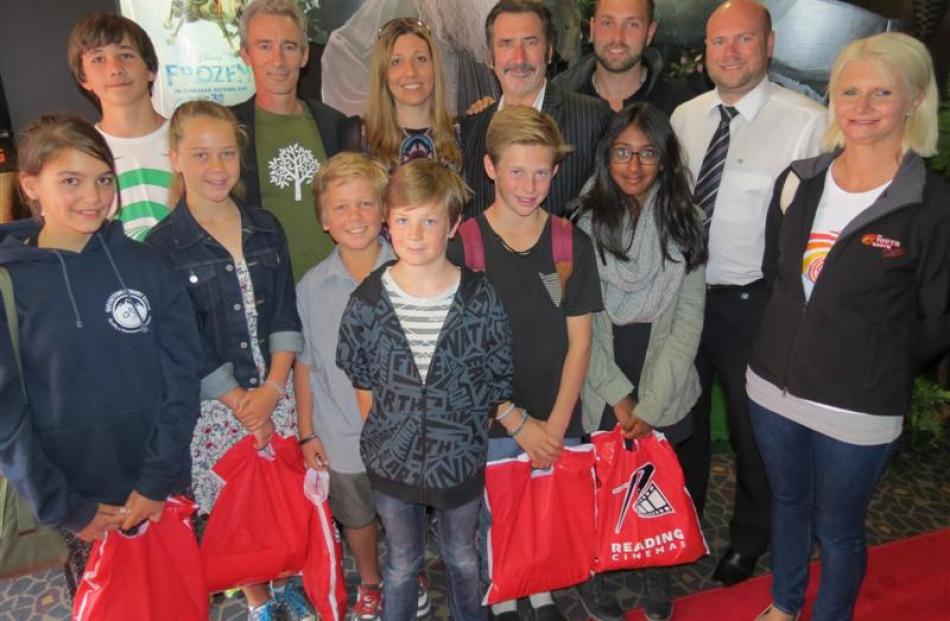 Wakatipu children were wide-eyed when two of the stars of The Hobbit trilogy attended an exclusive screening of The Desolation of Smaug in Queenstown on Saturday.

Special guests Jed Brophy and William Kircher, actors who portray dwarves Nori and Bifur respectively, were in high spirits when they met 62 primary and secondary school-aged children in the Middle-earth-decorated foyer of Reading Cinemas Queenstown.

The children walked down the red carpet rolled out for them, collected their goodie bags, and lined up to have their photographs taken and their Hobbit books and photos signed by the pair.

The New Zealand actors, who accepted an invitation from the Youth Booth to support Wakatipu youngsters, also answered questions.

They revealed their dwarf prosthetics took almost two hours to apply, with an extra 30 minutes for hair and up to 30 minutes to get into costume.

Mr Brophy confirmed it did feel ''weird'' playing a dwarf when everyone was the same height as them, ''but they made our costumes to make us look a lot wider.

''We have very big headpieces, to make our heads look bigger, and big boots and big prosthetic hands, so we looked shorter.

''Quite often, when we were working with Ian McKellen [Gandalf], or real-sized people, they would be on a rostrum, so they're up higher than us, or we would work with a guy called Tall Paul [Randall] who is seven-foot, and they dress him up as women, men, or children, and he would act from the back, with us in the front, to make us look shorter.''

The river chase sequence in Desolation was the most fun they had on the entire shoot, Mr Brophy said.

The barrels in which each dwarf escaped down the rapids had a rubber tyre and steel keel built in, so they could not sink.

The actors were also hot most of the time, ''getting into a deep, beautiful, cool green river was magical'', Mr Kircher said.