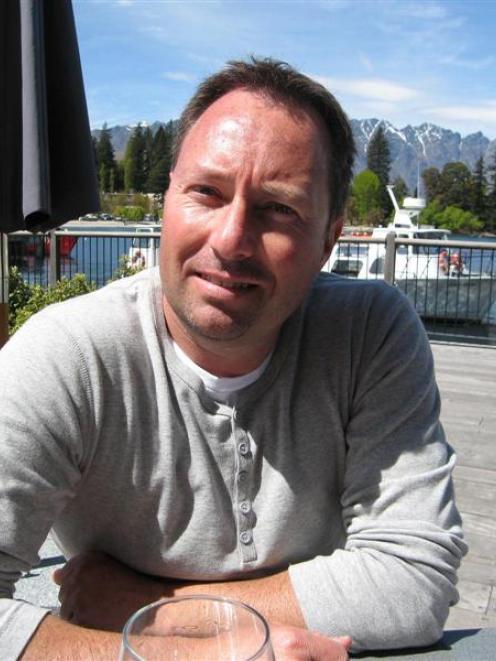 The Zak Pack band leader Zak Dikvert in Queenstown this week for the Jazz Festival. Photo by Jude Gillies.
Growing up with music is what makes the difference in developing an interest in it, says jazz musician Zak Dikvert.

The leader of Wellington band The Zak Pack was back in Queenstown last week for his third year performing as part of the annual ASB JazzFest Queenstown.

It was a gig he enjoyed, and a break away, but also meant time away from his partner and 3-year-old son, Toby.

Previously a web designer, Mr Dikvert was taking time out to be a full-time father and jazz musician while his partner was the income earner.

Being a jazz performer was fun, but did not pay all the bills, especially these days in Wellington where the performance opportunities were surprisingly limited, he said.

Live gigs in the capital had dropped off from the heydays of seven years ago when he was often performing five days a week.

However, being a full-time father gave him an opportunity to spend time with his son, and meant he was able to give him the opportunity to grow up surrounded by music, as he did when growing up in Israel.

"My Dad was a professional recording artist in Israel. I grew up listening to Sammy Davis jun and Frank Sinatra. My mother used to put the headphones on me and I used to follow my Dad to the recording studio all the time.

"He was a very big inspiration and I hope to keep that tradition with my boy."

Now, his father Zeev plays with him in the The Zak Pack and, at 67, continues to be an inspiration.

"Jazz is huge in Israel. Music is really big in every household, from playing to listening."

Because New Zealand did not have such a music culture, people were not as interested- particularly in live music. There was not the same bar and cafe music culture as elsewhere around the world.

While a good auditorium, such as proposed for Queenstown, was a valuable performance venue, jazz tended to be more appropriate for smaller, intimate places, he said.

"Bars and cafes are the ideal place. You've got to have that interaction with the people and have the proximity to the crowd, not too distant."