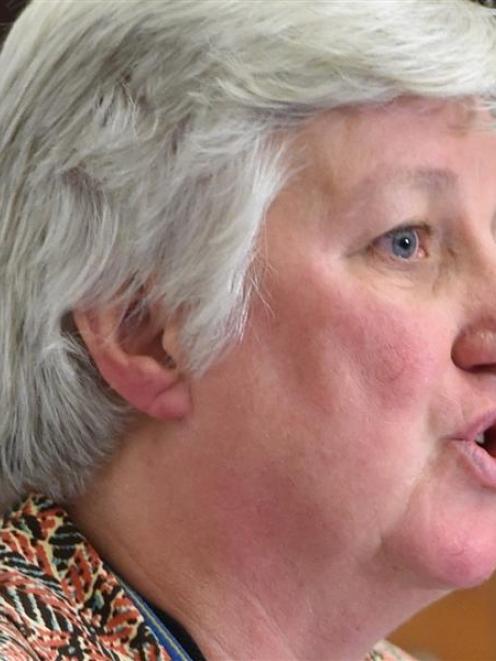 Carole Heatly.
The Ministry of Health got involved in a patient safety row at Southland Hospital's emergency department after a clinician complained that patients were being harmed by inadequate staffing.

The situation came to light when the health board released two letters to the Otago Daily Times last week under the Official Information Act, but then said it had not intended their release among a wider tranche of correspondence, and tried to recall them.

The ODT is reporting the letters' content because it is in the public interest.

''To obtain the best outcomes for our community Southern DHB needs to maintain its ability to have free and frank conversations with the Ministry of Health and National Health Board. There is nothing unusual in that.

''What is extraordinary is that our community's local paper has decided to use this information as part of a story, when the real story is good news for Southland residents as we are putting additional resources into Southland Hospital's emergency department,'' Ms Heatly said.

The ministry wrote to the board in August outlining the complaint, asking whether it was aware of patient harm.

''Our department is significantly under-resourced in comparison to Dunedin and other emergency departments around New Zealand,'' the clinician had told the ministry.

''We have been bringing up our concerns for over three years and no action has been taken.

''We have documentation of actual patient harm due to the lack of staff and in addition, our providers are being asked to work in unsafe conditions.''

The extent or nature of the ''patient harm'' is not specified.

Ms Heatly told the ministry the issue was being dealt with, and the board was looking to hire more specialists.

It had had difficulty securing locum cover to relieve the ''immediate risk'' posed by night shifts.

The ED had ''several nights per week where there are between 15-20 patients in the department at midnight making one provider inadequate,'' Ms Heatly's response said.

On night shift, from 11pm, only one doctor, typically a registrar, was on duty.

''It's night everyone's worried about.

Having the right expertise on hand was crucial in emergency medicine.

''You make a decision, and potentially send them home. So it is always riskier, the ED situation.''

The department had five registrars, and five specialists, and it needed more of both types of doctor, she said.

The department had had a new arrival recently in the form of a medical officer of special scale from the United States.

''It's not because we don't have the doctors to employ.

''It's because they don't want to spend the money, and I'm putting that bluntly.''

The ministry told the ODT it had sought its own clinical advice about the situation, and was in touch with the board over the next steps.

It had also consulted the RDA on a proposal to increase staffing on overnight shifts, and was awaiting a response.

''All actions are being implemented to ensure a safe environment to all patients who use ED in Southland Hospital,'' Dr Green said.