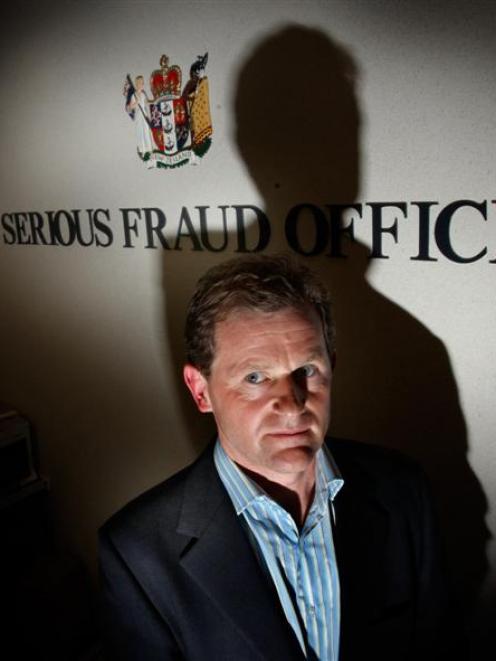 The 48-year-old said yesterday he had never been interested in a public profile "despite what people may think", but it had come with the territory in roles such as head of the SFO, Eden Park Redevelopment Board chief executive, Baycorp general manager and a managerial role with the Ministry of Economic Development.

"Personally and professionally, this [Queenstown job] is a great opportunity for me and it couldn't have come at a better time.

"I can't understand why people would think coming to a town that gets two, three million visitors a year is low profile. It is one of the busiest places in the country ... I can't see anything but an upside of it," he said.

His "love affair" with Queenstown went back 40 years and he and his wife married at Lake Hayes six or seven years ago.

"My wife and I visit at least two, three, four times a year so we are no strangers to Queenstown. It's very much a second home.""I've got a few mates down here."

After moving south from Auckland within the next three months, he would rent while looking at real estate, preferably in Arrowtown.

His resignation from the SFO comes less than three years into his five-year contract, and he admitted he was leaving at a "strange time" because he was moulding into the job well.

"It's kind of funny timing. The first year was difficult, the second year hard as well. This third year has been pretty easy and pretty happy and it seems to be strange to leave when things are going so well."

He refused to concede a job in local government would be letting his foot off the pedals and said life in the resort would be anything but a holiday.

The challenges of a tourist town would be another addition to his CV and he was grateful for the council's "show of faith" in hiring him.

Mr Feeley said the best thing he could do to start with was to "shut the mouth and open the ears".

"I'll be getting around the councillors, the committees and listening to them for the beginning. There's nothing worse than someone coming and thinking they know it all."

Also a qualified solicitor, Mr Feeley has been involved in prosecuting some of the country's highest profile fraudsters.

During his time at the SFO, some of his actions had come to the attention of his employers.

When Bridgecorp director Rob Petricevic was charged, he celebrated by opening Bridgecorp-labelled champagne, prompting then police minister Judith Collins to say she was "disappointed" in Mr Feeley's actions.

He also used copies of Allan Hubbard's biography as booby prizes at a staff Christmas party, earning him a reprimand from the State Services Commission.

He said he did not have an enormous network in the south and he just happened to see the job advertised online.

"I called up and asked if they would look at someone in the SFO for local government and they said they would be interested. I decided it was worth a punt."

He would not comment on his new salary, but said his priority was to assure ratepayers he was worth it. His predecessor, Debra Lawson, who resigned on June 30, was paid $250,000 a year.