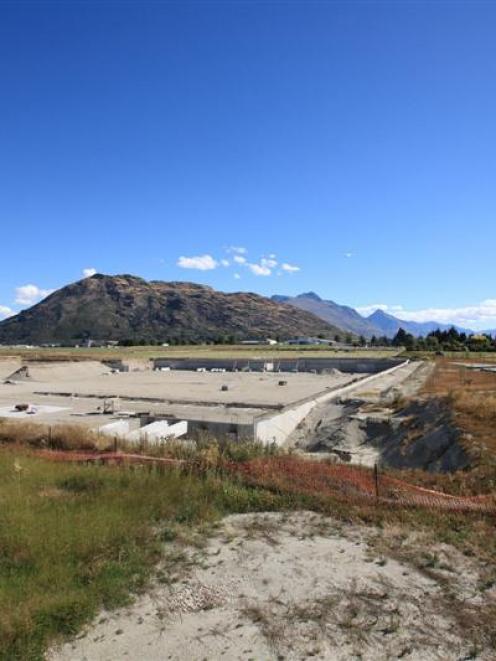 Queenstown Gateway Ltd bought stage one of the Five Mile site in a deal that was finalised on Friday.

The price has not been disclosed.

It includes the excavation site known locally as "the hole in the ground".

Four and a-half hectares of this land might still be developed, while the remaining 3.2ha is set aside as road reserve and a sports field.

Queenstown Gateway Ltd declined to comment on plans for the site, but in a statement said it was looking at options for developing the land.

It would not discuss details.

Though the sale only went through on Friday, Queenstown Gateway has already lodged an appeal to the Queenstown Lakes District Council's proposed Plan Change 19 Frankton Flats B, which relates to the Five Mile area.

In the appeal, the company states it is "the unconditional purchaser . . . of part of the land subject to the decision".

At the NZ Companies Office, Queenstown Gateway Ltd is listed as having been registered on November 11, 2009.

It is based at an Auckland address.

Anthony John Gapes is the director.

Mr Gapes is an Auckland developer, who is also the director for the company Redwood Group Ltd.

Redwood is behind several large development projects, mainly around Auckland.

Mr Gapes could not be contacted.

The site was put up for mortgagee sale in February 2009.

Bayleys Real Estate, which is marketing the sale, would not comment on the status for the sale of the remaining part of the site.

The full Queenstown Lakes District Council will discuss "developments" at the Five Mile site in committee at its meeting in Queenstown tomorrow.

The reason for excluding the public under the Local Government Act was that the public conduct of the whole or relevant part of the proceedings would be likely to result in the disclosure of information where withholding it was necessary to "enable any local authority holding the information to carry on negotiations without prejudice or disadvantage".