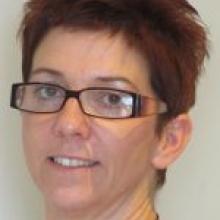 Helen Vail
An Auckland historian is searching for the stories behind Wakatipu war memorials and the fallen commemorated on them for a blog and book she is writing for the centenary of the start of World War 1.

Avid amateur historian Helen Vail is visiting and researching 100 World War 1 memorials around New Zealand before the anniversary of "the war to end all wars" in 2014.

Ms Vail said she tended to choose memorials outside of the main centres and takes photographs and researches the names listed to post on her blog.

She finds basic details from the online Cenotaph Database, a resource of the Auckland War Memorial Museum, and other websites including Papers Past, as well as district museums.

"I think it's really important, especially building up to the centenary of World War 1, that we look at these memorials again," she said.

"We walk past them every day, but we don't always necessarily think about them."

She visited memorials in Bannockburn, Wanaka, Clyde and Alexandra while she was in Otago in July and has researched 49 nationwide to date.

The history of the monuments was also of interest to Ms Vail. The unveilings were always major community occasions of remembrance and often came after years of fundraising, she said.

Ms Vail said she was surprised to discover most of the Wakatipu men who joined up were shepherds and not gold miners - she had associated gold mining with Queenstown.

"There were a lot of men who went off very quickly for such a small place it seemed to me. They all died very quickly as well, unfortunately, in Gallipoli.

"For the size of the memorial, I've never really had so many go off on the same boat and all get killed in the same campaign."

"He was a stretcher-bearer and their role especially in Belgium was terrible because of the mud coming up to their knees, and sometimes higher, they had to contend with to get these bodies off."

The English family woman has resided in New Zealand for 20 years and said she grew up aware of her ancestors' involvement in both world wars, including her great-grandfather and his brother who both fought in the Great War.

Ms Vail and family intend to return to the Wakatipu in December and January and visit Glenorchy's memorial.

They will drive up the West Coast to Auckland and catalogue memorials as they go.

"When I've done the 100 there will be so many unanswered questions about individual memorials, so the idea is to go back and research them all in more detail so sometime during the centenary I will be able to get it published as a book."

Ms Vail can be contacted via 100nzmemorials1914@gmail.com.