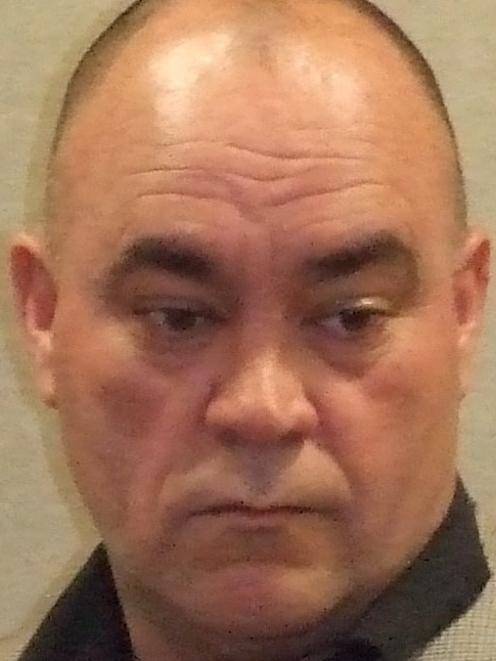 Judge Turner asked why Anderson, who at sentencing ''promised'' to pay $48,601 in reparation within two years, had not done so.

''On the face of it, he is in contempt. I need to tell you, Mr Anderson, I'm thinking of options.''

Mark Jessop lodged a third-party claim over the jet ski and trailer which, following evidence given yesterday, Judge Turner found belonged to him.

The $115 cost of towing was added to Anderson's reparation.

Bailiff Neil Brownridge said Anderson told him last week the BMW ''wasn't his'' and he also denied ownership of a canoe, boxes of camping gear, an old boat, the jet ski and the trailer, all of which were stored in and around his property.

Mr Brownridge said Anderson told him the BMW had been sold and the owner lived in Australia and used it when he came to New Zealand.

There was no documentation to support the sale, Mr Brownridge said.

He did not check inside the vehicle at the time because ''things were getting a little bit tense''. However, Anderson did remove some personal items from the car.

Judge Turner said Anderson became the registered owner of the vehicle on July 31, 2009, and on March 11 this year it was transferred to Leisha Anne Gardiner.

''At some unknown date the vehicle was registered back into Anderson's name,'' Judge Turner said.

There had been no explanation for those transactions, he said.

''I want to know why this vehicle has been going in and out of his name but [he's] still in possession [of it] for his use.

''It smacks of a scheme to avoid what he said he would do.''

A Collections representative said no third-party claim had been received for the BMW and it would be put up for sale within seven days of seizure.

Duty solicitor Rhona Daysch said $11,000 from the sale of the vehicle had gone to BMW Finance.

Property and business lawyer Russell Mawhinney said due diligence had been done on land in Thames, owned by Hakianihana Family Trust, of which Anderson was a trustee. The purchaser was Anderson's niece and the title had a caveat over it, in the name of Anderson's sister.

Judge Turner said the caveat was registered the day of Anderson's 2011 sentencing.

Mr Mawhinney said Anderson's sister would consent to the transfer of the property to his niece.

The sale and purchase price was $308,000, of which $133,000 would be given to Anderson's niece. Subject to approval by the Maori Land Court, the remainder would be transferred to a trust account. However, a mortgage of about $110,000 would come out of that, as would legal fees.

Mr Mawhinney said that would leave enough money to cover the reparation owed.

He had requested ''urgency'' for the Maori Land Court to assess the sale and a teleconference would be held today to discuss it.

Judge Turner adjourned proceedings until December 15 and sought assurance from Mr Mawhinney money from the sale of the land would be put into a trust account to be paid to the court.