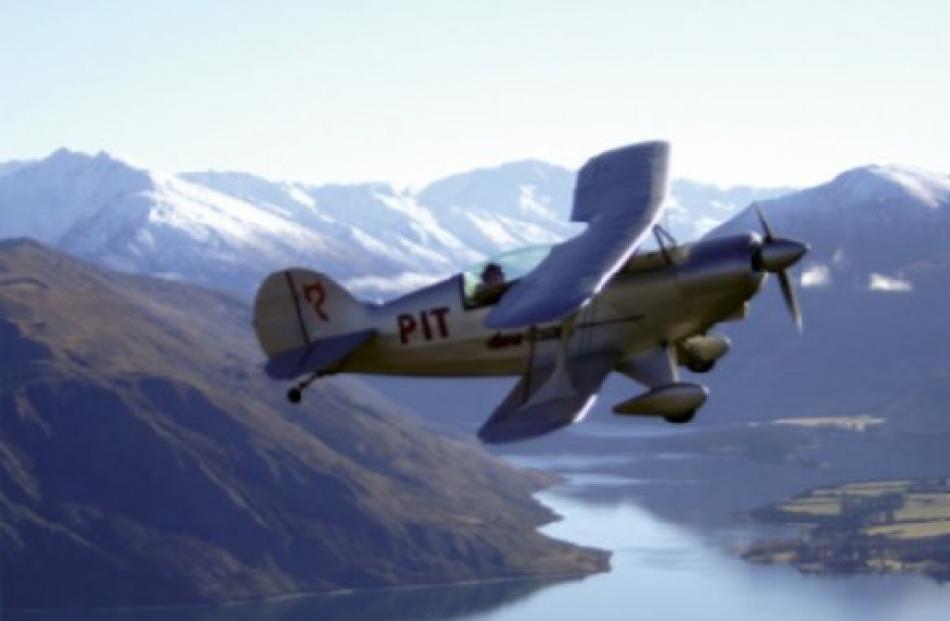 The Classic Flights Pitts Special aerobatic plane takes to the air above Lake Wanaka. Photos by Catherine Pattinson and supplied. 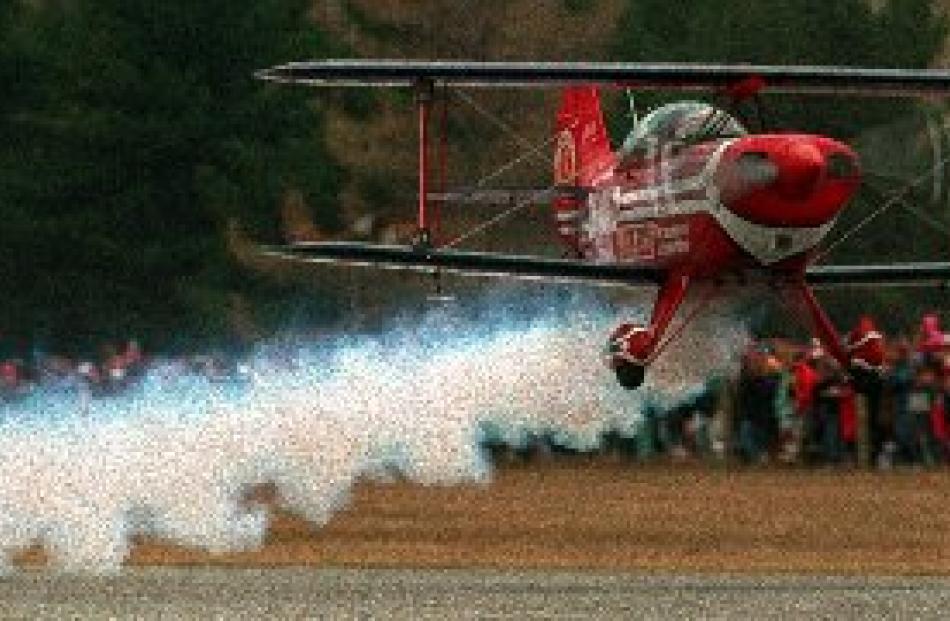 Pilot Ivan Krippner likes to give his passengers a hell of a ride. 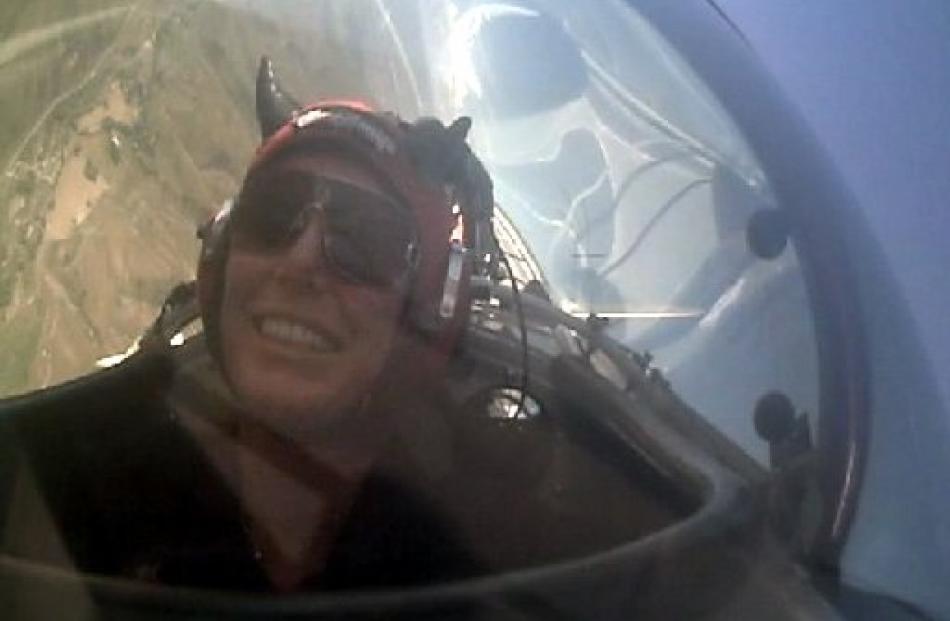 Reporter Catherine Pattison manages a smile as she endures an aerobatic ride above Wanaka.

Being hurled around the sky in a Pitts Special aerobatic plane would be the last thing many people would choose to do. However, ODT Wanaka reporter Catherine Pattison jumped at the chance to be frightened by Wanaka aerobatic pilot Ivan Krippner.

I have always fancied myself a somewhat hardened adrenaline aficionado. Sky-diving, rally co-driving, bungy jumping, white-water rafting - tick, tick, tick and tick. Time for a ride in the silver demon.

But where my comparison of taking a passenger seat in Wanaka-based Classic Flights' Pitts Special high performance aerobatic aircraft with the more familiar rally car co-driving abruptly ends is when we swoop off the runway.

Unless, however, you are riding shotgun with two-time and current national aerobatic champion Ivan Krippner - then it is gut-wrenchingly, G-force defyingly, awe-inspiringly abnormal.

Admittedly, I'm not in the ideal condition to try aerobatics after a week's worth of tummy bug and as we leave the runway, Mr Krippner's cheeky, swift, vertical introduction to the speed that makes the Pitts special, leaves my lunch hovering dangerously close to my wind-pipe.

Adept in his dual roles of saviour and devil, he is as smooth as silk in the air.

"Righto my dear, let's doooooo it," he announces after briefing me on the basic aerobatic manoeuvres we are going to execute.

Always waiting for my thumbs-up before commencing the next wicked loop, barrel roll or upside down antic, he pushes me only as far as my innards will allow.

Do I want to experience the upgrade, he queries over the intercom? My stubbornness says "yes", ignoring all protests from below the brain.

This is where Mr Krippner and his magnificent flying machine really shine.

The 200hp Lycoming engine and fully-inverted fuel and oil system are all housed in a plane that weighs a petite 500kg and can fly upside down for two hours.

Similar in power to weight ratio to a Spitfire, its nimbleness earns it the "silver demon" moniker in the skies.

We are travelling at 300kmh and when we roar up into our ultimate manoeuvre, named the lomcevak, we are ascending at 1800m per minute.

I am introduced to the visceral pull of 4 Gs as the aircraft becomes vertical and yaws left before the pilot pushes it forward in a tumble.

"We really don't know what's going to happen, which is what makes it so much fun," he later gleefully imparts.

His passion for the Pitts is evident and he likens flying it to wooing a Latino girl. It's all passion, drama and very hard to hang on to.

Thankfully his and the company's 100% safety record means he hasn't ever lost it.

As senior flight instructor, he has spent many hours in the Pitts' embrace - say 1000 of them in an aerobatic nature - and has been flying since he was in his pilot mother's womb.

Classic Flights owner Peter Hendriks feels the $120,000 Pitts Special has been under-utilised in its two years in Wanaka, and after steady inquiries from Queenstown, he sent it and one of his Tiger Moths over there permanently near the end of December.

"From a business point of view it makes sense to base it over in Queenstown. It's hugely different over there." Mr Hendriks said Mr Krippner would run the two planes and he hoped his pilot's level of experience and compassion for the people he jokingly refers to as "victims" will make it a commercial success.

"He loves people and showing people what he can do."

Mr Hendriks' wife Julie, who recently resigned as manager of the Wanaka i-Site Visitor Centre, joined the team to help with the marketing and administration.

She said the Pitts Special fitted into the "adrenaline market" Queenstown promotes.

Although the 18 to 35-year-old bungy jumping, sky-diving age bracket is targeted, Mr Krippner has taken up an 83-year-old and even a 7-year-old.

You can bet that every one of his "victims" would have wobbled out of the plane, as I did, grinning weakly, gratefully reacquainting themselves with solid ground and thinking that what he says about nothing else flying like the Pitts Special, is unreservedly true.

"I like my passengers to know what's coming up. To know what it's like to be me. I can give you that experience."