Teams perform with credit at tournament 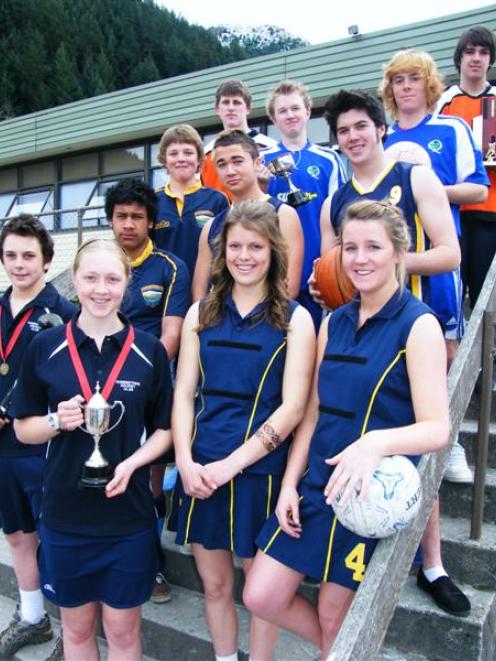 The tournaments ran between August 31 and September 4.

The mixed hockey team brought home the cup after winning all six of its games. It was the first time the team had competed in the Secondary Schools Tournament and it beat all challengers, including Menzies College and Thames College.

The ice-hockey team dominated its seven games and beat Christchurch Boys High School 5-0 in the final. It was the second consecutive win for the young squad at this tournament.

The senior A netball team won all six of its pool matches, but narrowly lost by six goals in the semifinal to eventual winners, Avonside Girls High School.

However, the Wakatipu netball team was promoted to the South Island A-grade section for the first time and is now at the same level as some much larger schools in the cities.

The Wakatipu basketball A team ended low on the table, but players punched above their weight, beating Christs College 76-69.

The Wakatipu football First XI made its debut at the New Zealand Premier Schools Tournament and beat Auckland's Kings College 2-1 in pool play. The Queenstown squad was ranked third overall after pool play and beat St Thomas of Canterbury College 5-4 in a nail-biting penalty shoot-out.

Wakatipu football players left the tournament with a ranking of 25th out of 32 on the national secondary school table.

The Wakatipu rugby team entered the under-15 South Island co-education schools tournament for the first time in three years. After some tight first-round games, it finished strongly, ranked 14th out of 22.

Physical education teacher Ken McIntyre said the winter South Island and national Secondary Schools Tournament was a great opportunity for Wakatipu High School players to measure themselves against their counterparts and strive to improve their skills.

"All our teams have done superbly. To see the students walk off the field after beating Kings College, which is an exclusive private Auckland school, you could see the confidence rise in our guys and they'll be better adults as a result."