'Walking on air’ in the valley 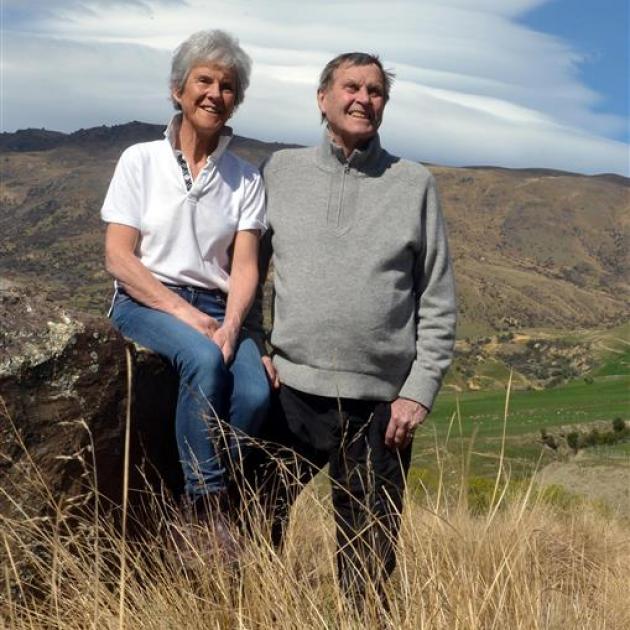 Mary and John Lee in the Cardrona Valley. Photo by Stephen Jaquiery

John Lee has devoted his life to ensuring a sustainable future for his beloved Cardrona Valley.

That dedication has been rewarded with the highest New Year Honour for an Otago person this year, with Mr Lee (79) being made a Companion of the New Zealand Order of Merit.

Now living in Wanaka, Mr Lee said he had long been fascinated by the valley's rich gold-mining heritage. But he regretted the gold extracted had been taken from the district, most likely heading north to benefit Auckland.

As a young farmer, he vowed every dollar he could get his hands on would be invested back into the valley, Mr Lee said.

That aim has been realised in the form of his successful snow-based businesses in the valley, which help underpin the local economies of Queenstown and Wanaka, injecting millions of dollars annually.

Recognition of his services to business and tourism had left him ‘‘blown away'' and the genial entrepreneur admitted he was ‘‘walking on air''.

Developing the likes of the Cardrona Ski Area (now Cardrona Alpine Resort), Snow Farm cross-country ski area and the cold product proving ground had not been not an easy ride. For years, Mr Lee was a thorn in the side of regulatory bodies.

He never gave up and always approached any battles with a smile. "You've got to be that way. If you let it get you down, you've lost,'' he said.

Mr Lee said his entrepreneurial activities began when, as a high country farmer, he was seeking to create a sustainable future for the valley. He ended up swapping his traditional crop of merino sheep and beef cattle for snow, becoming a successful ‘‘snow farmer''.

His ambitious plan to firstly develop the Cardrona Ski Area was motivated by a simple desire to bring a few more families to live in the area to keep the school bus running.

The skifield, which opened in 1980, continues to host a range of domestic and international snow events, while a big day during the season can have about 4500 people on the slopes.

On the opposite side of the valley, Snow Farm, New Zealand's only dedicated cross-country skifield, was developed simultaneously with the internationally renowned proving ground.

Southern Hemisphere Proving Grounds, the only facility of its kind south of the equator, is used by northern-hemisphere-based car and tyre manufacturers to test new products in snow and ice conditions.

A decade ago, the proving grounds were sold to a group of Christchurch-based businessmen and its annual contribution to the local economy was recently estimated at between $25 million and $30 million.

Mr Lee was instrumental in ensuring the Crown Range Rd stayed open, when its future was in doubt.

He and his wife, Mary, owned the landmark Cardrona Hotel for a period in the 1970s, buying the vacant building solely to save it from further deterioration and vandalism.

He was also a director of Snow Park, a dedicated terrain park that operated between 2003 and 2013.

All his entrepreneurial projects had been a team effort, involving Mrs Lee and other supporters, and they had ‘‘a wonderful time doing it all'', Mr Lee said.

He was very proud of what they had achieved and that others were following on, such as Desiree Whitaker with her newly opened Cardrona Distillery, he said.

‘‘Cardrona would have been just a high country valley that you drove through [without the developments] and now ...''