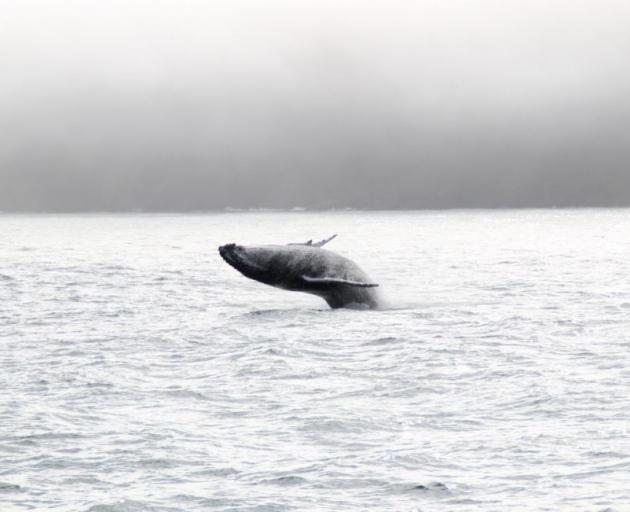 Dozens of humpbacks have been spotted in Milford Sound this week, delighting hundreds of whale lovers at the Fiordland tourist attraction, and may be a sign that the population is recovering.

Staff operating scenic cruises say they have seen more of the marine mammals in the area than ever before.

"We've been absolutely inundated with groups of up to six or seven whales which have been putting on a great show daily," Southern Discoveries' duty manager Karla Rodgers said.

"They pass us every year on their migration route south, but never have we seen so many.

"Our passengers have loved the experience as it's moments like these that make their New Zealand trip, giving them something to treasure and remember when they go home."

Department of Conservation marine and freshwater ranger Chloe Corne, based in Te Anau, said she was thrilled to hear that more pods of whales are being seen.

"Over the last few years we've had increasing numbers of reports about humpback whales along the Fiordland coast, and there's been some evidence to suggest that at least some of the sightings may be from the population that breeds along the east coast of Australia," she said.

Ms Corne said humpbacks have been seen feeding on krill along the coast off Milford, Dagg and Dusky Sounds in the past.

"They seem to be stopping off in Fiordland for a ‘quick snack' during their southwards migration towards their summer feeding grounds around Antarctica.

"The numbers and sightings are good indicators that the humpback whale population is recovering - which is great news."