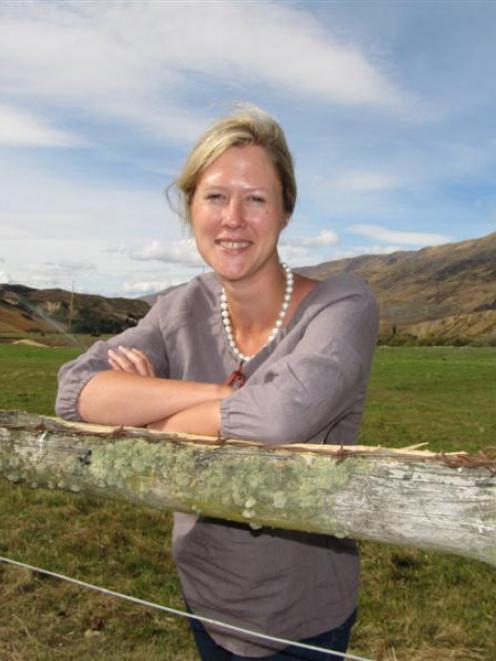 Desiree Reid told the Otago Daily Times at the weekend she sold her South Canterbury dairy farm and moved to Wanaka last year with the intention of creating a business from scratch.

Her company, Zescent, now has a detailed application for resource consent before the Queenstown Lakes District Council and she hopes, with the blessing of the Cardrona Valley community, to be making whisky by Christmas.

''If everything went really, really well, it would be fantastic if it was open by December.

''But the community has to look at it and see if they want it. I hope they do, but it is up to the community at the end of the day.''

The main ingredients for the distillery would be water from the Pisa Range and a special sort of barley, which might even be grown by Cardrona farmers.

Ms Reid has an agreement to buy 3.5ha of land opposite the entrance to the Cardrona Alpine Resort.

A traditional copper whisky still is due to arrive from Edinburgh at the end of the year, and a Scottish born and educated distiller is waiting to start work.

Ms Reid says she started milking cows when she was 12.

She gained a first-class degree in business from Massey University and became a Nuffield Scholar in 2010.

She had been the youngest elected owner representative on the Fonterra Shareholders' Council, representing South Canterbury and North Otago from 2006 to 2012.

Ms Reid said six months travelling on the Nuffield scholarship opened her eyes to the possibilities available in New Zealand, and that led to her decision to follow her passion for whisky.

''I always loved whisky and I always wanted to make something special that ends up in the consumer's hands.''

Ms Reid plans to produce ''proper'' whisky in the Scottish way and it might be 10 years before she has whisky to sell.

''Making something properly, traditionally from scratch, and having it end up in the consumer's hand for them to love and enjoy, that's why I made the big leap.''

The complex would consist of a 264sq m distillery with two floors of fermenters and stills, a grain silo and water cooling tower, a 200sq m bond store for the finished product, and a 252sq m museum, shop and tasting room.

While whisky will be the main part of the business, Ms Reid intended using another still to produce fruit liqueurs and perfumes from roses grown on site.