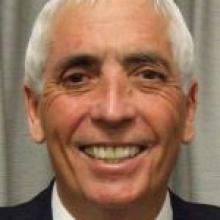 Philip Donnelly
Changes in the exchange rate are making wind farm proposals uneconomic and relying on them to meet the growing demand for electricity in this country was unwise, an economist told a special tribunal hearing yesterday.

The recent substantial drop in the New Zealand dollar had "adversely affected the commercial viability of all proposed wind farms and would have made many, if not all, uneconomic at the current exchange rate," economic consultant Philip Donnelly, of Christchurch, said.

Most wind turbines had to be imported and the cost had increased due to international demand, he said.

He was giving evidence on behalf of Pioneer Generation on an application to amend the water conservation order on the Nevis River.

A special tribunal, appointed by the Ministry for the Environment, has heard 11 days of evidence on the matter and will decide whether the order should be changed, so damming of the river is banned.

Power company Pioneer Generation has plans for a hydro-electricity scheme on the river and has opposed the change.

The existing order allows hydro development to be considered.

Mr Donnelly disputed evidence given by former minister of energy, David Parker, earlier in the hearing, that there were sufficient proposed wind and geothermal generation projects to meet the country's increasing electricity needs.

A hydro scheme on the Nevis would contribute an "insignificant" amount of extra generation, Mr Parker said.

"I consider the high dominance of wind farm projects in respect to new proposals is of particular concern in meeting the growing demand for electricity," Mr Donnelly said.

Some would not proceed as they were uneconomic.

Demand for electricity in New Zealand was growing about 150MW a year, equivalent to the demand of a city the size of Dunedin.

There were many options other than hydro schemes to meet that growth, but a lot were likely to be uneconomic or result in power price increases, Mr Donnelly said.

A scheme on the Nevis would provide low-cost electricity generation, most of which would supply the Central Otago and Queenstown-Lakes districts. Any extra would go into the national grid.

It would also secure supply for the wider region, which was important for industry.