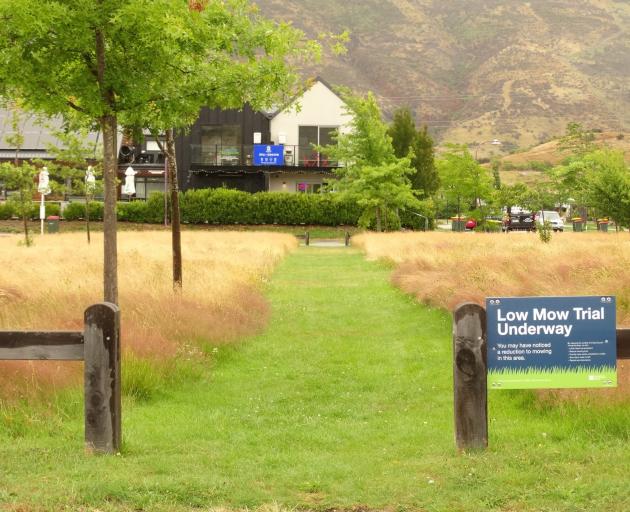 Views of ‘‘low-mow’’ trial areas in Nerin Square in Lake Hayes Estate. PHOTO: GUY WILLIAMS
A "low-mow" trial in the Queenstown suburbs of Lake Hayes Estate and Shotover Country is getting mixed reviews from residents.

It appears to be inspired by a growing trend among councils throughout the country, including some in Otago and Southland, to leave grassed areas to grow longer to create a greater variety of habitat for wildlife, reduce fuel emissions and reduce mowing time.

Council spokesman Jack Barlow said the trial, which finishes at the end of this month, was partly motivated by community groups’ interest in using the areas for initiatives such as planting bulbs, community gardens, tree planting and permanent pathways.

In other parts of the district there had been proposals to put beehives on reserves.

"A low-mow trial enables us to understand which areas may be appropriate for a low-mow philosophy that would support pollinators, allow for bulbs to flower and provide useful pathways," Mr Barlow said.

There was also a general awareness among the council’s gardening team that low-mow or "meadowed" areas were being increasingly incorporated into public and private open spaces throughout the country. 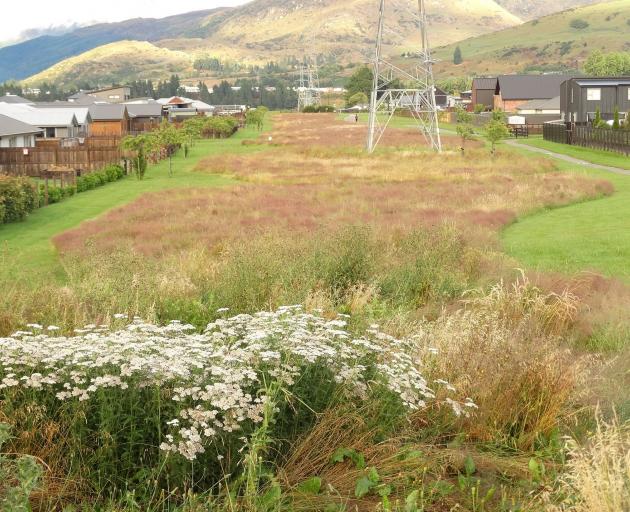 The edges of low-mow areas continued to be neatly cut to show residents the longer vegetation was intentional rather than a "sign of neglect".

Staff had listened to feedback and made some changes, such as mowing larger areas for recreational purposes and extra pathways, he said.

"It has been good to make adjustments as the trial has progressed, although we will wait until it has finished before making an overall assessment."

Lake Hayes Estate and Shotover Country Community Association chairwoman Anita Golden said it had yet to formally discuss the trial, but she had heard a range of opinions from residents.

Some were concerned the trial areas made hay fever worse for sufferers living nearby. Others simply did not like the look of long grass, while increased fire risk had also been raised, Ms Golden said.

"The flip-side of it from people is that the concept is really good. 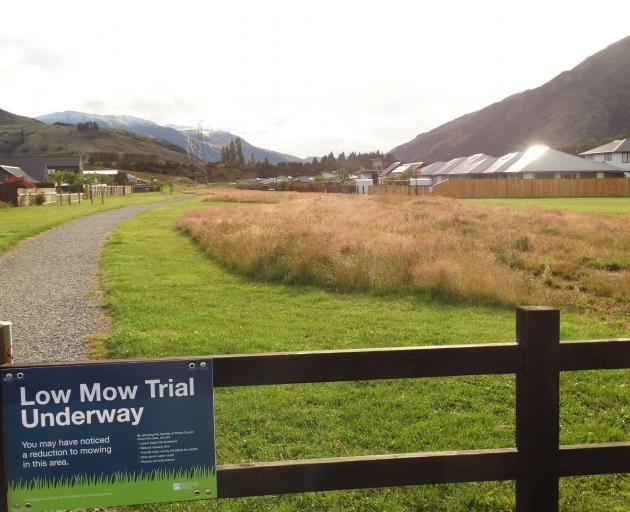 "They like the idea of keeping the moisture in the ground, that sort of thing."

The trial was a sensible way to explore the idea, and alternative approaches such as the planting of wildflower meadows could even be trialled, she said.

"But it’s just about identifying the ideal places for this to happen."

She hoped the association would be asked for feedback when the trial was over.

Inquiries by the Otago Daily Times reveal the Dunedin City Council does not have a low-mow policy, nor do the Southland and Clutha District Councils.

However, an Invercargill City Council spokeswoman said it took a low-mow approach at the Talbot St Reserve, the former Oreti Links Golf Course and in parts of Queens Park, where it had done so for the past 15 years.

"This is a small portion of our entire parks and reserves network, but they are significant areas of land," the spokeswoman said.

"We’ve noticed a reduction in the amount of resources required such as fuel and labour hours, and we have increased income as a result of baleage from the Oreti Links site.

"We consider it a sound approach given the benefits for bees and birds."

Some initial concern from the public had changed to acceptance once it was realised the policy was intentional, she said.

"If an area doesn’t need mowing to comply with its intended purpose, then it’s not regularly mowed."

Mowing was carried out whenever needed to ensure an area was tidy, did not pose a fire hazard and did not attract vermin or noxious weeds, Mr Bailey said.

"This has been the practice for 10 years, with supportive feedback."

Waitaki District Council recreation manager Erik van der Spek said it took a low-mow approach — mowing only four to six times a year — in locations where the community wanted a "more environmentally friendly service, or where the ground conditions make mowing at a greater frequency unnecessary".

However, that applied to a relatively small proportion of grassed areas, Mr van der Spek said.