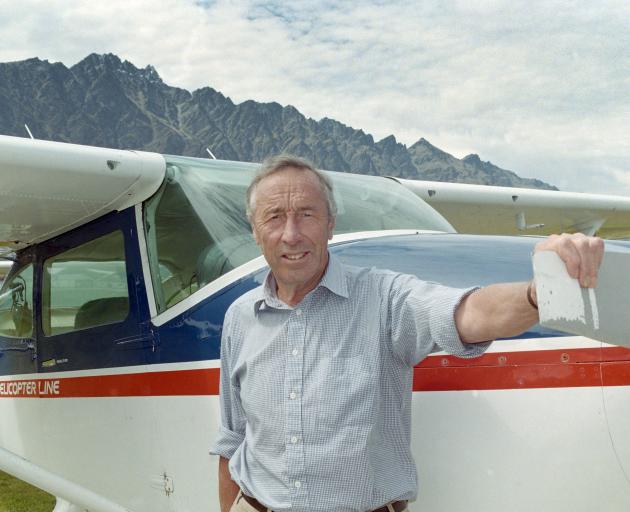 Alpine Helicopters founder Don Spary received the New Zealand Order of Merit in the New Year Honours List in 1998. PHOTO: ODT FILES
A well-known Arrowtown businessman and helicopter pioneer, who received a bravery award for completing one of the most audacious helicopter rescues in recent history, has died, aged 90.

In the 1975 New Zealand Bravery Awards, Mr Spary, a pilot and managing director of Alpine Helicopters, was presented with the George Medal, awarded to civilians for acts of great bravery, or to members of armed forces for outstanding courage while not in direct action with the enemy.

To 1991, just 19 such medals had been presented in New Zealand — in 1995 we switched from the British honours system to a New Zealand one.

Mr Spary’s recognition followed an astounding rescue mission he flew on January 2 that year, after being called by police to help a party of climbers in the Olivine mountain range, northwest of Queenstown.

A male member of the party fell about 12m down the Olivine Falls and was lying, badly injured, on a rock ledge.

There was nowhere for a winged plane or helicopter to land close to him, and it would have taken two days on foot to move the man to a landing area.

Mr Spary flew in with a doctor to ascertain the nature of the man’s injuries and how best to move him, but had trouble accessing him when they got to the site, so decided to lift two climbers from Pyke Hut.

He intended to transfer them to a large, flat rock at the base of the falls, hoping they could move the man to the rock for pick-up, however the two climbers couldn’t reach him. 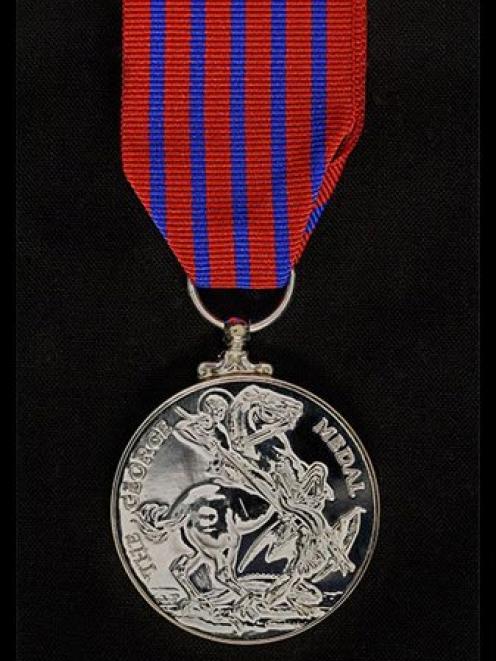 Mr Spary received the George Medal in 1975 for a daring helicopter rescue of a climber. PHOTO: SUPPLIED
The weather closing in and facing little prospect of completing the rescue by other means, Mr Spary decided to try landing on the rock ledge where the injured man was.

He placed one skid of the helicopter on the ledge, balancing the machine under a wall of water from the falls.

The rotor blades were almost touching a sheer rockface.

While in that precarious position, the injured man successfully managed to crawl into the helicopter.

Mr Spary then transferred him to hospital, along with another member of the party who had a badly sprained ankle.

The rescue took two and a-half hours in extremely dangerous and demanding conditions.

The citation stated it owed its success "almost entirely to the great courage, dedication and outstanding flying skill of Mr Spary".

In the 1998 New Year Honours, Mr Spary, born in England, was made an officer of the New Zealand Order of Merit for services to aviation and tourism.

He became a tourism pioneer when, in 1969, he formed Luggate Game Packers and Alpine Helicopters, then went on to become a director of Tourism Holdings Ltd, with interests in everything from skifields to hotels.

At the time Mr Spary said his secret to success was to run a business like an army, by "seeking out the enemy and well, not destroying it, but not giving into it".

A one-term Queenstown Lakes district councillor, he was also a trailblazer of heli-skiing in NZ and an astute businessman, holding executive positions in the Alpine Deer Group, Central Electric and Otago Conservation Board, as well as being a member of the Central Lakes Trust.

The keen golfer was community-minded, evident in his roles as patron for both the Millbrook Country Club and Whakatipu Ski Club. He was also a trustee on the Arrowtown Trust, which was responsible for the restoration of Arrowtown’s historic Buckingham St cottages after they were saved by the late John Martin.

Mr Spary is survived by his wife of 64 years, Jan, children Miranda, Lisa, Bridget, Fergus and Alastair, and nine grandchildren.

He will be privately farewelled, while details of a celebration of his life are to be advised.