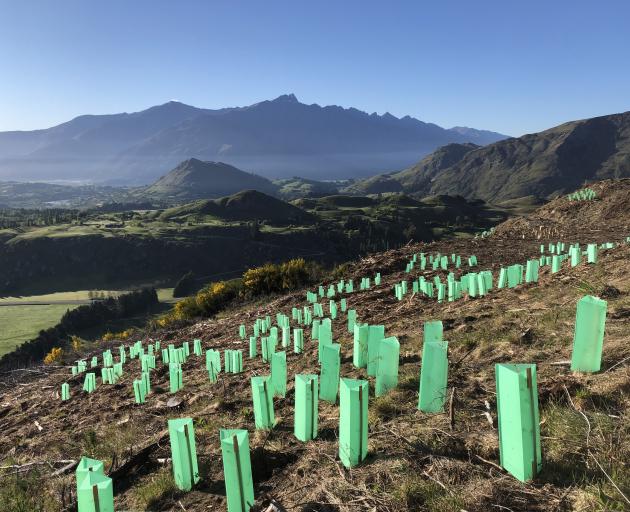 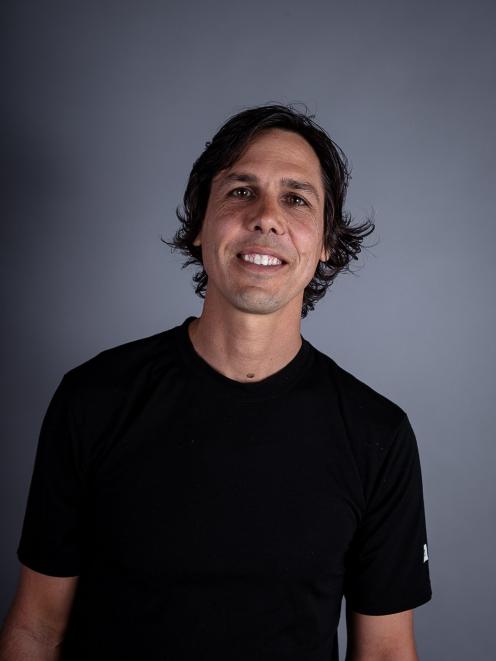 Drive the road along the foot of Coronet Peak between Arrowtown and Queenstown, look up at the mountainside above the skifield’s access road and you will see clusters of hundreds of plastic green sleeves.

Each one is protecting a precious mountain beech tree.

They are the first tangible sign of a long-term project to re-cloak the 1768ha former farm with 140,000 beech trees.

Keep driving into Arthurs Point and look up at Mt Dewar from that angle, and you will see stands of living and dead wilding conifers being cleared from the hillsides by a logging crew.

The project aims to restore 99% of the station’s land to nature, bring back native birds and extend its public walking and biking trails.

The eco-venture is counting on paying for this work with the proceeds from the sale of 37 hillside cabin sites, and the revenue from 10 chalets for residential and visitor accommodation and a lodge for overnight guests.

That will pay for the cost of buying the station, the staged planting of trees over a decade and the ongoing management and maintenance of the vast property. 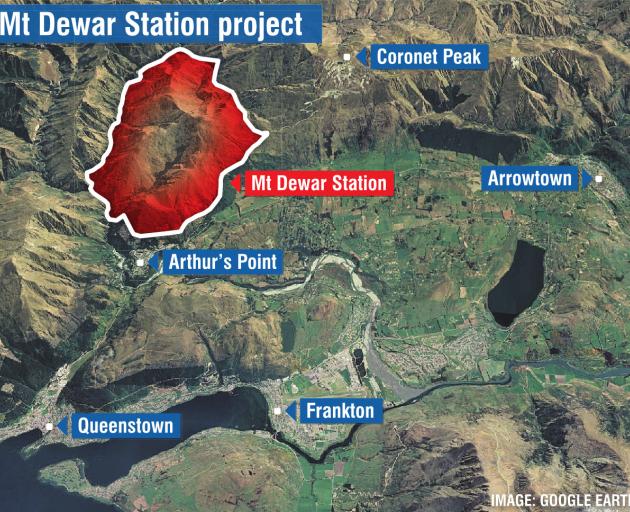 In late September, a small team of workers from a local iwi organisation, Mana Tahuna, began planting the first 8000 trees.

Overseeing this work while living in a converted shed on the property has been Treespace director Adam Smith, who is an 80% partner in the project along with a local couple.

A long-time business partner, an Australian, owns the the remaining shares.

Mr Smith, who has successfully shepherded the project through a public resource consent hearing and an Environment Court appeal, says the inaugural planting day in September was a major milestone because "pretty much the whole project’s a mechanism for doing that".

From next year, 30,000 trees will go in the ground each year, with the Whakatipu Basin side of the mountain expected to be fully planted over the next two to three years.

The massive planting project feels very much in step with other reforestation projects throughout the Whakatipu, he says.

"It’s amazing looking across the district and seeing how many native planting initiatives there are out there.

"There seems to be a sea change in attitudes towards native planting, removing exotics and increasing biodiversity."

While there has been some negative reaction to the project, and getting it off the starting line has been challenging, the "vast majority of voices" have been supportive, he says. 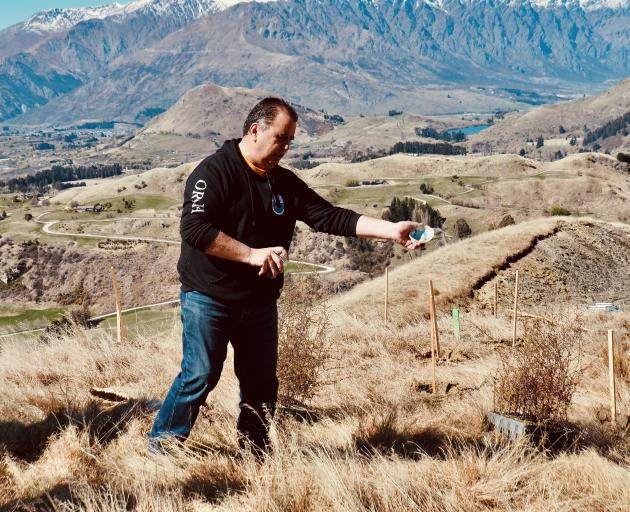 Kaumatua Darren Rewi performs a karakia on the first day of planting on September 21. PHOTO: TREESPACE QUEENSTOWN
Treespace Queenstown has had to clear some big hurdles to make it this far.

A year ago, independent commissioners granted consent for a 55-lot subdivision on the station, despite a Queenstown Lakes District Council planner’s recommendation it be refused.

An Environment Court appeal by neighbours Chris and Elisabet Streat, resolved in April, resulted in the project losing six cabin sites that would have been offered to the market first.

Mr Smith says the appeal, combined with the drawn-out consenting process and the impact of Covid-19 on banks’ willingness to lend on new residential subdivisions, meant plans to release the first cabin sections this year had to be delayed.

However, detailed design work on access and infrastructure for the cabin settlement has just started, and the release of the first 12 sites is on track for next spring.

The loss of six sites, because of the appeal, means the remaining sites may cost at least $100,000 more each than expected; that is because the cost of building the infrastructure for the settlement remains largely the same.

"So it’s taken a very large proportion of the sites we would’ve been able to offer up front, which is bad from an affordability perspective."

But interest from people wanting to buy sites remains high, and Treespace wants to reward those who have got in behind the project.

"We’d like to be able to initially offer [sites] to people who helped make the project happen and helped support it actively, before going to the wider market.

"It’s a nice way to recognise that effort."