Camping app has many followers 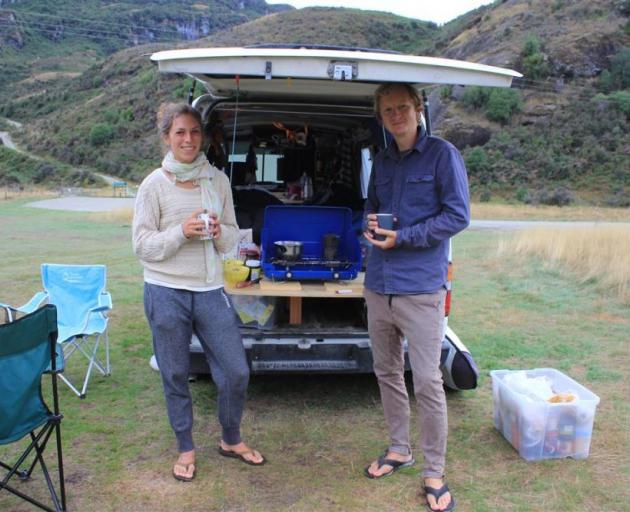 Nikolas Klostermann and Johanna Fink, both of Germany, freedom-camping at the Diamond Lake car park west of Wanaka. Photos by Margot Taylor.


Freedom camping has been back in the headlines in Otago since dozens of campers took over a private section in Queenstown and turned a riverside camping site in Gibbston into a "Syrian refugee camp''.

But behind the headlines, freedom campers spoken to by the Otago Daily Times in Wanaka this week said CamperMate was the best way to find both legal and illegal spots to park for the night.

At the Diamond Lake car park, in the Mt Aspiring National Park west of Wanaka, three freedom campers from the six camper vans parked there said they chose the spot because of the app.

Nikolas Klostermann and Johanna Fink, both of Germany, said they had been travelling throughout New Zealand since December and the app was "definitely'' the main way they found out about camping spots.

Mr Klostermann said the reviews of sites by other users of the app determined where the couple stayed.

"You have the recommendation of a broad community of people who use the spots and that is very good to get a first image of an area.''

The couple, whose van is self-contained, said they had not been tempted to stay at any of the illegal sites shown on the app and risk a $200 fine. 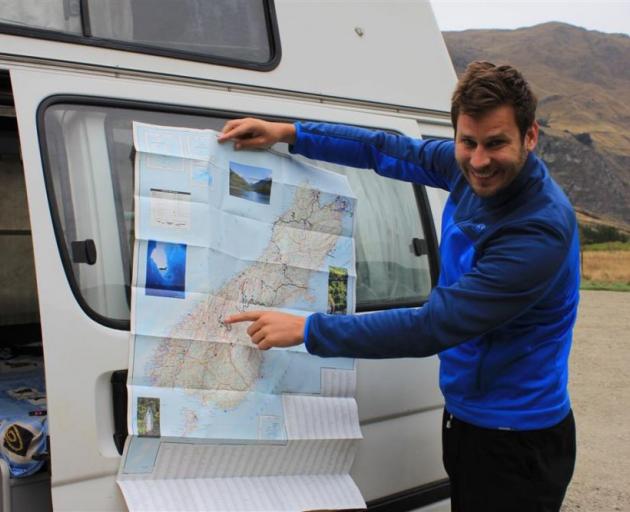 David Dvorak, of the Czech Republic, says he has used the CamperMate app to find campsites throughout the South Island.

But David Dvorak, of the Czech Republic, admitted he was constantly "balancing'' between the option of staying in legal and illegal sites.

Legal options were often "parking lots with 100 other camper vans'', while the threat of a $200 fine was sometimes not enough to deter him from staying in an illegal but isolated spot.

"I like nature but I understand if 100 people camp there it wouldn't be good, so if I go a ‘bit' illegal I take care of the nature.''

He believed the app had been both beneficial and detrimental to his freedom-camping experience.

"I came here in March because I know January and February are busy.

"But when the app is used in a popular area the spot changes.

"Everyone wants to go to Mt Cook so you use the app and of course you go to the campsite with the best comments and it is packed.''

Inevitably, amenities at the sites would be stretched "too far''.

"I think maintenance costs should be paid partly by campers and partly by the Government.

"Lots of us come here and of course we have to eat, we have to buy petrol, and this is all money which goes partly to the New Zealand Government so the Government should definitely contribute to maintaining the facilities.''

"Some of the spots are really beautiful. If more people are in the free sites I think campers could spend $1 or $2 for a night to help with the maintenance.''