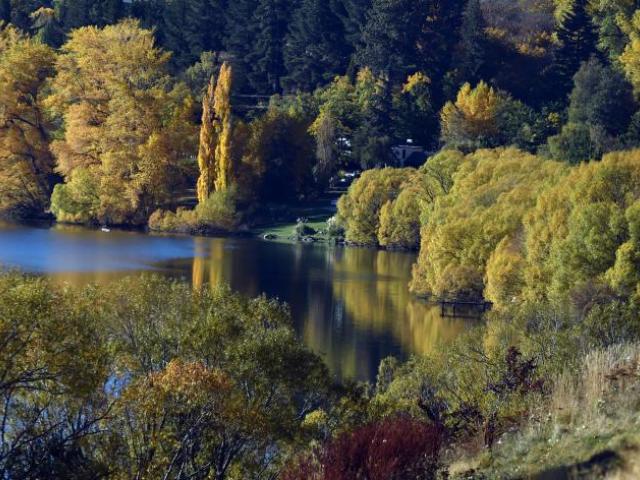 Lake Hayes. Photo: Craig Baxter
The Friends of Lake Hayes are confident they finally have a blueprint for restoring the lake’s water to a healthy, swimmable state, its chairman says.

Mike Hanff said the Lake Hayes Vision study, which would be completed within the next few weeks, would give the lobby group a scientifically rigorous strategy for restoring the lake’s health.

"That’s what’s new — up until now we’ve just been arguing about what we should be doing."

The $50,000 study, prepared by Arrowtown environmental consultancy e3Scientific, showed how the the re-creation of wetlands, installation of sediment traps and riparian planting could reduce the amount of sediment and nutrients entering the lake by 25%, Mr Hanff said.

Estimated to cost $10million over at least five years, the project would create up to 50 jobs.

The study, funded by family trusts and bequests, environmental charities and group members, is the culmination of 12 years’ work by the lobby group’s members to develop workable solutions for restoring the health of the scenic lake between Arrowtown and Frankton.

The presence of phosphorus from the historical use of fertilisers in the lake’s catchment has caused frequent, toxic algal blooms that make it unsafe for recreational use by people and dogs.

Mr Hanff said the study’s author, e3Scientific managing director Glenn Davis, gave a presentation about the study to a record attendance of about 50 at the group’s annual meeting last Sunday.

Although more needed to be done before physical work could begin, including getting resource consents, consulting with affected parties and raising the money, members were excited because the study showed the project could deliver the outcomes everyone wanted.

The work continued to be guided by the 1995 Lake Hayes Management Strategy, an Otago Regional Council document that was in the process of being updated, Mr Hanff said.

The regional council was also close to finalising a scoping report on upgrading the lake’s outlet, a culvert under State Highway 6 at its southern end, which would prevent further flooding as well as making another proposed remediation measure possible — boosting the flow of water into the lake by augmenting lake inflow volumes from the Arrow Irrigation Scheme.