By Matthew Mckew
0 Comments
Size did not matter for the fans who converged on the Gibbston Valley Winery Summer Concert for an all Kiwi line-up on Saturday.

Numbers were down and the arena made smaller, but that made little difference to those who rocked out to the old-school sounds.

Mimicking the weather, the atmosphere intensified throughout the day, The Jordan Luck Band raising the temperature in the mid-afternoon slot.

Fans begin to gather at the front of the stage for the final act of the day, Gin Wigmore, at the Gibbston Valley Winery Summer Concert on Saturday. PHOTOS: MATTHEW MCKEW
Loyal fans Sarah Rae and Kaye Johnston-May, both of Timaru, said anybody who decided to stay away because of the missing international acts lost out "big time".

Mrs Rae said the mosh pit for Jordan Luck was the biggest she had seen at the concert and she had attended ever since it launched 11 years ago.

"The New Zealand bands have been amazing. Jordan Luck had just about every single person up dancing."

Mrs Johnston-May said they came every year regardless of the line-up and were particularly keen to buy tickets this year to support the organisers and ensure the concert survived. 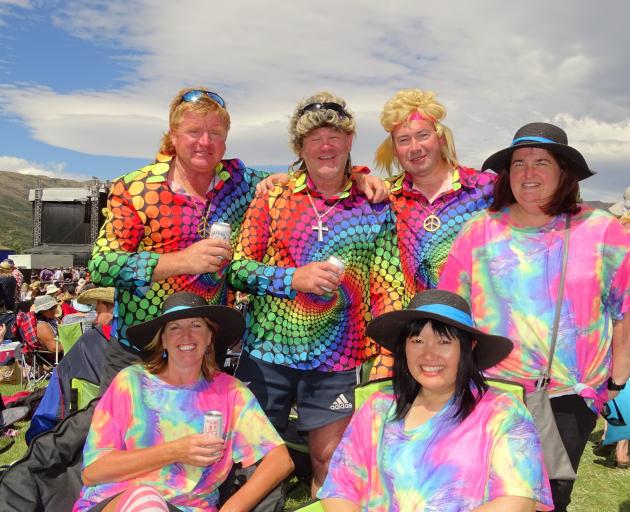 Enjoying the concert are (back, from left) Peter Bell, Peter Horne, Ricky Jopson, Julie Jopson, (front, from left) Brenda Bell and Brenda Gin.
Ticket sales fell from 18,000 last year to just over 10,000 this year — but general manager Dean Calvert, from Greenstone Entertainment, the organisation behind the concert, was positive.

"For any other event it would be seen as a huge success ... It is a smaller turnout but at least we are out, enjoying live music with friends and family."

The poor weather before the concert had made the build difficult, as had navigating Covid-19 restrictions, but it was all worth it to be one of the only festivals going ahead in the world this year, he said.

Greenstone Entertainment was forced to change its line-up just over two weeks before the show, cancelling Australian bands because of a Covid-19 breakout across the Tasman.

Mr Calvert believed it important to press ahead to support the Central-Lakes region.

"We have 240 suppliers whom we pay and support ... Queenstown more than anywhere is going through tough times with a drop in tourism, so this is important." 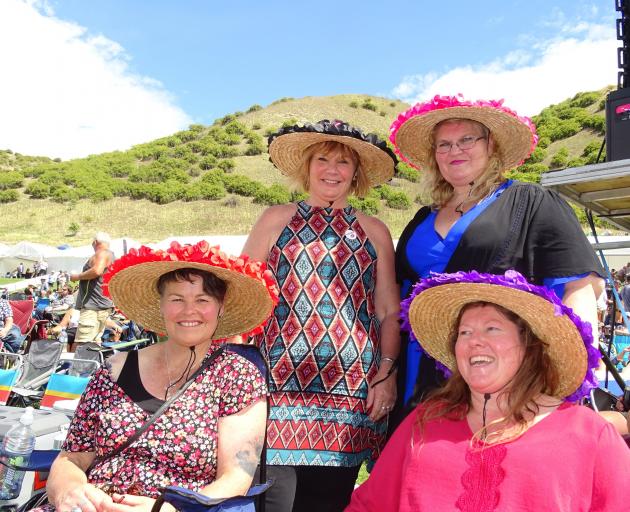 Dragon took the 3pm slot and a real buzz of excitement could be felt throughout the crowd, some climbing on to the shoulders of others to get a better view.

The band hardly needed to sing, as the crowd shot back the lyrics in full voice.

Rounding off the day was Gin Wigmore, who sent people running back to dance despite the heat of the afternoon.

Police had the booze bus out at the end of the day to ensure nobody drove home drunk.

Central Otago-Lakes road policing group supervisor Sergeant Bruce Martin said police had made people aware of their presence and just wanted to ensure everyone got home safely at the end of a great day.