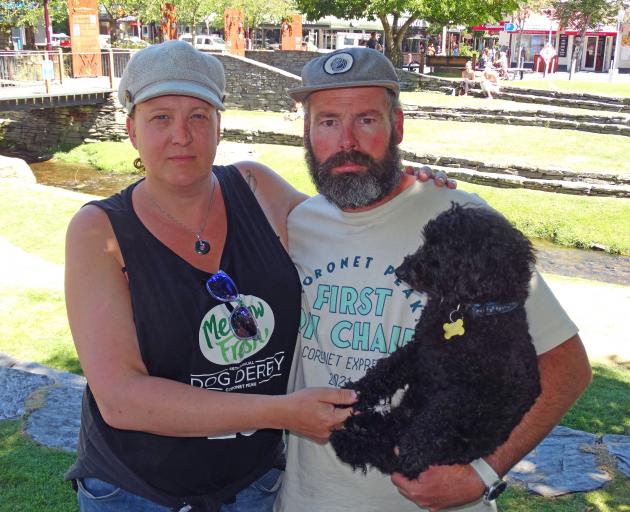 The British citizen, who has been living in the resort since relocating from Australia in 2018, must leave the country by March 10.

Ms Douthwaite was issued a deportation liability notice by Immigration New Zealand after inadvertently breaching the terms of her visa.

Five months later, she still does not have an answer.

Ms Douthwaite said that as March 10 loomed closer, she was desperately hoping not to have to turn her life upside down and use up all her savings living abroad while she applied for a new visa.

A year after arriving in New Zealand, she found a job that came with a five-year sponsorship visa, but the employer reneged before she could start.

So she "took the initiative" and started a digital marketing business in which she finds potential clients for solar power companies.

However, when Immigration NZ found out last year she was not working for her sponsor, it issued her with the deportation liability notice.

She was "negligent" in not checking the rules, she said.

She was now eligible to apply for a partnership visa with her Kiwi partner Kurt Wilson, as well as one of the recently-announced residency visas, but could not apply for either while she was in the country.

Having to leave risked losing her business, and would require the couple to find a country to live in, make arrangements for their dog, as well as booking flights and finding accommodation, she said.

They could not afford to spend $10,000 flying to the United Kingdom and back.

"This is going to take all our savings, and it’s honestly heartbreaking.

"We would have to relocate to another country, with no pathway to come home for months, and do all this during a global pandemic.

"Is it reasonable, based on the fact I made a simple error of judgement, that we’re being put through all of this?"

She had "ambition and drive", and was helping other businesses make money and keep staff, she said.

After the Otago Daily Times contacted Mr Faafoi’s office about the matter, it was passed on to Mr Twyford’s office, then to Immigration NZ, before a spokesman for Mr Twyford finally confirmed the associate minister was considering her case.

"A decision on this is still pending,” the spokesman said.

Ms Douthwaite said finally knowing who was reviewing her case gave her a "glimmer of hope".

The couple have started an online petition to support their case: https://www.change.org/cancelcarolinesdeportation