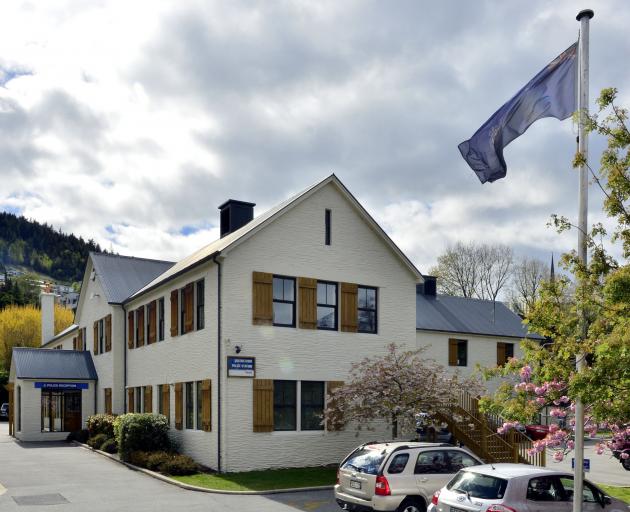 The man was taken to Queenstown police station to await the arrival of the Invercargill mental health services staff, which took seven hours, the IPCA report says. Photo: ODT files
An independent investigation has found police acted unlawfully by detaining a Queenstown man for a mental health assessment, but says their actions were "reasonable in the circumstances''.

Police have accepted the findings, saying they have a "duty of care to protect life and safety''.

The IPCA report said police detained the man for a mental health assessment in October 2017, after he called Lifeline and disclosed a suicide attempt, before "abruptly'' ending the call.

Lifeline contacted police, who went to the man's address to check on his welfare.

"The man was distressed and agitated, and officers decided that it was not safe to leave him alone until he had been seen by mental health professionals,'' the report said.

Police took the man to Queenstown Police Station to await the arrival of the Invercargill mental health services staff.

Invercargill mental health staff did not arrive in the resort until seven hours later. They assessed the man and authorised his release.

"The Authority found that police did not have legal authority to take the man into custody, or to detain him at the police station overnight.

"However police took steps to ensure the man's immediate safety, and the delay in obtaining a mental health assessment was beyond police control.''

The report also noted that "mental health legislation appears to assume that mental health workers will be the primary responder to people in crisis, with police assisting when necessary.

"In reality, police are often the sole responder and must deal with distressed and volatile people.''

IPCA chairman Judge Colin Doherty said "incidents such as this are commonplace, and demonstrate the real difficulties confronted by police when dealing with those experiencing a mental health crisis.

"Police often feel compelled to act unlawfully in order to protect the distressed individual and the wider public, and the Authority does not blame them for doing so.''

In a statement this morning, police said they accepted the IPCA's findings.

They said officers who went to the man's house found him "distressed and agitated''.

Deciding it was not safe to leave him alone, officers took him back to the Queenstown station until he was able to be assessed by a mental health professional, the statement said.

Queenstown Lakes Area Commander Inspector Olaf Jensen said he supported the actions of the officers involved, saying police have a "duty of care to protect life and safety''.

"Our officers were trying to protect this man and ensure his safety.''

Assistant Police Commissioner Sandra Venables said mental health was a complex issue and officers around the country were faced with similar situations on a daily basis.

"Police will continue to work closely with mental health crisis teams, and health facilities to provide the best possible response for those in distress.''

The statement said police dealt with thousands of mental health callouts a year and were awaiting the release of the findings of the government inquiry into mental health.