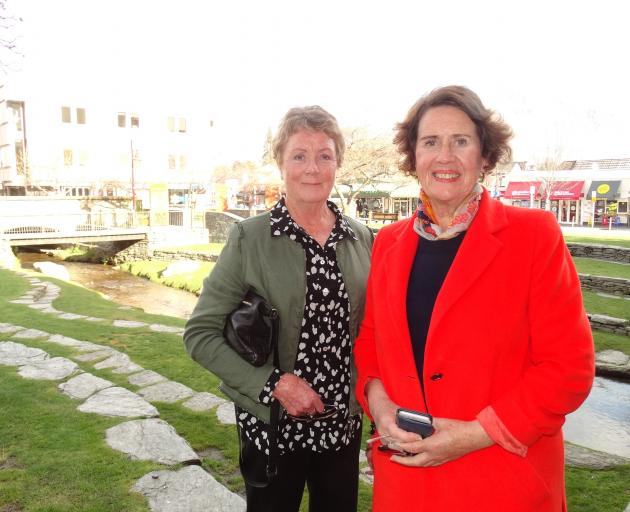 Bev McLenaghen (left) and June Manion. PHOTO: ODT FILES
It was supposed to be a trip of a lifetime, but now two out-of-pocket friends fear they and others may have fallen foul of a tour company.

Queenstown resident Bev McLenaghen was looking forward to welcoming her friend June Manion to Queenstown for a holiday and the pair booked an excursion with UnderDog NZ, which

The two friends first booked the tour at the end of last year and eagerly looked forward to their trip, which they believed would start from Snow Farm NZ in the Cardrona Valley.

Concerned about Covid-19, Ms Manion rang ahead of the planned holiday in July to check if things could go ahead.

"They said they couldn’t use the Snow Farm facilities and hadn’t agreed a lease renewal."

But, she said UnderDog NZ assured them things would be sorted and she rebooked.

The friends altered this to a third date after a personal issue, and were looking forward to their "once in a lifetime trip" on August 20.

Ms Manion phoned again and was told "there wasn’t any snow".

Having paid $555.12 for the tours, booked flights and accommodation, she was frustrated they were not informed.

It left her "disappointed and gutted", but the friends still hoped it could be arranged for a fourth date the following week.

She said UnderDog NZ said there could be a possibility, but they never received a call and now wanted a refund.

UnderDog NZ has not returned calls from the Otago Daily Times, but the website said it was a small, private company that required payment in advance.

"Any tour cancelled by Underdog NZ will be refunded 100%."

Ms McLenaghen said the pair wanted to ensure nobody else was left out of pocket.

Snow Farm NZ confirmed UnderDog NZ was no longer based there and was a separate business.

A Ministry of Business, Innovation and Employment spokesman said it did not comment on individual cases but pointed to rules in the Fair Trading Act "that require companies to not mislead or deceive consumers".

He said generally legal action could be taken through the Disputes Tribunal or district court.