End of road for subdivision 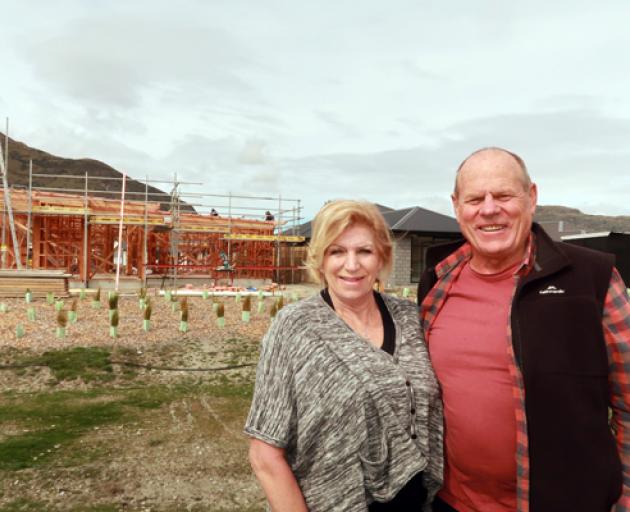 A final milestone’s been reached in the development of Queenstown’s massive Shotover Country subdivision.

The last of its 810 residential lots went unconditional this month.

It’s a major achievement for principal developers Sharyn and Grant Stalker, whose main aim was to fill pent-up demand for locals, particularly families, to get their feet on the property ladder.

That demand was proven time and again by how quickly various stages sold out.

Remarkably, however, it took the couple five years to rezone their 202 hectares from rural to residential.

They’re indebted to lawyer Warwick Goldsmith and planner/surveyor Neil McDonald for their help in getting the plan change through.

“They believed in the project when the council didn’t support it,” Grant says.

Four months after the plan change became operative in December, 2012, the first titles were issued.

Grant says the market, in the form of resales, effectively set successive price levels for the 20-plus stages.

Unusually, the entire subdivision was sold by the developers themselves.

Sharyn says they quizzed all prospective buyers about their circumstances and their intentions to build – land investors were ruled out.

Their guess is that 80 per cent of sections have been bought by prospective owner-occupiers, and the balance by investors who’ve built rentals.

Grant’s surprised how many buyers have added one- or two-bedroom ‘granny’ flats, which they’ve rented out to assist their mortgage repayments.

Airbnb, on the other hand, isn’t allowed in Shotover Country.

One of the biggest buying triggers, the couple believe, has been Shotover Primary School, which they lobbied hard for.

It’s become a community hub “and its rapid growth has been exciting to see”, Sharyn says.

They also gifted three hectares of reserve land which has been developed into a multi-purpose sportsfield for school and community use.

Sharyn’s also played a major role in landscaping the subdivision, and with ongoing maintenance, even if it’s now council’s responsibility.

As part of the plan change, land was also gifted for a 44-home ‘affordable’ housing development undertaken by the Queenstown Lakes Community Housing Trust.

Shotover Country still has land set aside for commercial and medium-density unit development, which the Stalkers’ son Kristan will start next year – “it’s in the final stages of the consenting process”, Grant says.

The couple earlier called for expressions of interest for a commercial development, but they found limited demand, possibly due to the volume of activity on the Frankton Flats.

Interestingly, in view of the traffic volumes coming out of Shotover Country, they orig-inally proposed to gift land for a park-and-ride facility, but the council turned them down.

Grant: “They thought it would be a blot on the landscape.”

“We appreciate the people and families who took advantage of opportunity, risk and rewards to purchase Shotover Country lots and helped make the community it is today,” the Stalkers say.

“We are only sorry we couldn’t meet the demand of all interested parties, as the numbers on our database continued to grow.”