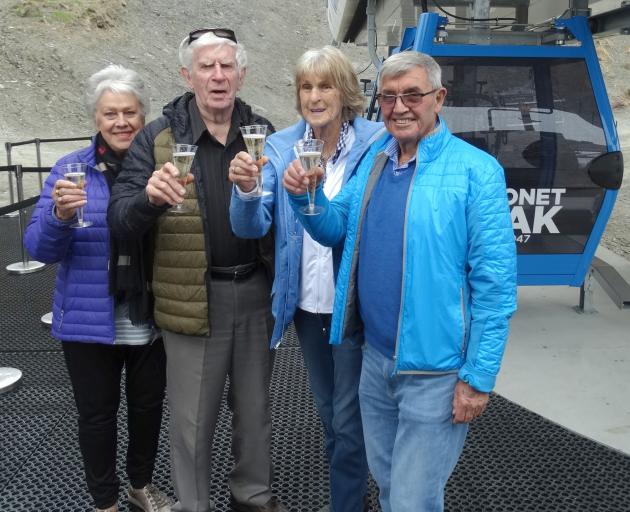 Eight gondola cabins have been attached to the Queenstown ski area’s Coronet Express chairlift, allowing owner NZSki to open up the mountain’s views, terrain and facilities to a broader spectrum of visitors.

Coronet Peak manager Nigel Kerr said the wheelchair-accessible gondola cabins provided "safety and comfort" while taking people of all ages and physical capabilities to an altitude, 1649m, which would normally require a few hours’ steep hiking.

The company would start guided walks along the ridgeline, towards Mt Aurum, next Saturday, he said.

He expected sightseeing to become the dominant activity over time because of the "bloody awesome" views.

"That’s what’s going to make this a long-term business.

"Over the next three years, we want to turn it into a core Queenstown tourism activity."

The Department of Conservation has given NZSki temporary approval to use eight of its new gondola cabins this summer while it considers a 40-year concession application.

The mixed gondola-chairlift and other facilities will run daily, from 11am to 6.30pm, until the end of March.