Planes, boats and jet skis search for a missing skydiver Tyler Nii in Lake Wakatipu in 2018. PHOTOS: ODT FILES
It is hoped changes in the parachuting industry will begin immediately, following a report into the death of an United States skydiver in Queenstown. 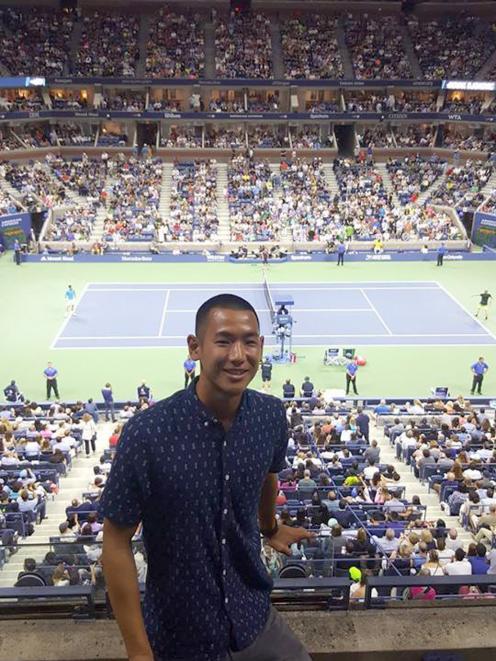 The commission’s report outlined the need for parachutists to understand the additional risks of accidental landings in water.

Mr Nii and tandem master James Stavro were the last of nine pairs to make their jump on the day of the incident.

Mr Stavro could not correct the line twist, so he cut away the main chute and deployed the reserve.

Tension knots made some lines shorter than others, distorting the reserve chute canopy, causing the tandem pair to spin fast.

Just before hitting the lake, Mr Stavro managed to ease the spin rate and thus reduced the force of impact.

He managed to stay afloat despite not being equipped with a life jacket, but Mr Nii’s lifejacket did not inflate enough to support his head above water.

Rescuers arrived quickly but could not find him, and he has not been seen since.

The commission found NZONE’s water emergency response plan did not have due regard for the anticipated time people could survive in cold water.

That increased the likelihood that rescuers would arrive too late to save anyone.

It could not conclusively determine why Mr Nii’s lifejacket did not fully inflate, or why tension knots appeared in the reserve chute lines.

It also found operating procedures differed depending on which of two parachute organisations operators belonged to, because Civil Aviation rules did not clearly define the minimum safety requirements for tandem parachute descents near significant bodies of water.

NZONE’s lack of a maintenance and inspection programme for lifejackets was also a risk, it said.

The commission recommended that the Ministry of Transport work with the Civil Aviation Authority and the two parachute organisations to improve rules to mitigate the risks of unintended water landings, and to specify flotation devices that are suitable for use.

It also recommended that the authority review its system for reporting parachute accidents and incidents.

There was no need for recommendations to NZONE, as it had improved its policies and procedures since the accident.

In a statement, an NZONE spokesman said it acknowledged the report, and extended its condolences to Mr Nii’s loved ones.

"NZONE Skydive has full confidence in its operational and safety procedures."

Mr Nii’s US-based family have been highly critical of the investigations into the incident.

His brother, Kevin Nii, told the Otago Daily Times in 2019 that the family was "dead inside" and struggling to get answers.

Their biggest frustration had been how long the investigation was taking.

He hoped some of the recommendations, particularly regarding equipment and preparing for water landings, would be taken on board quickly.