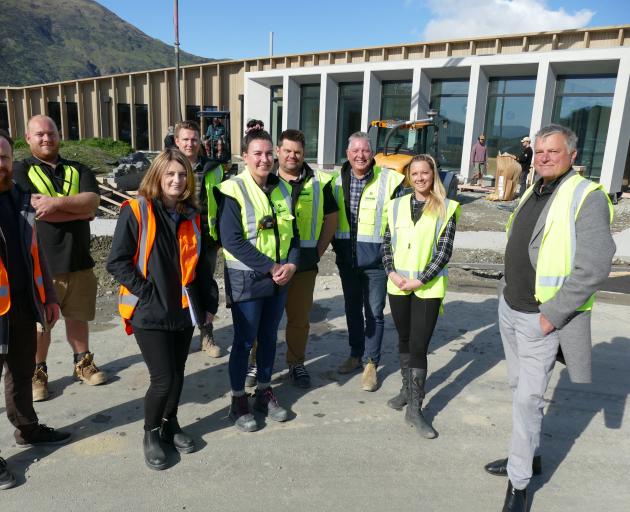 The Southern Cross CLT independent hospital, understood to cost about $25million, is nearing completion and is expected to be handed over by developer Queenstown Commercial by Christmas.

Located on land beside the Queenstown Country Club retirement village, the new hospital is in Kawarau Park beside Pacific Radiology’s new premises, also under construction.

Adviser Andrew Blair said the two parties were looking at constructing a covered walkway between the two buildings.

Also planned in Kawarau Park are a dental surgery, physiotherapist and other medical facilities, along with food and beverage outlets.

The hospital is also close to where Arvida plans to construct hospital-level and dementia-care suites, as part of the retirement village offering. 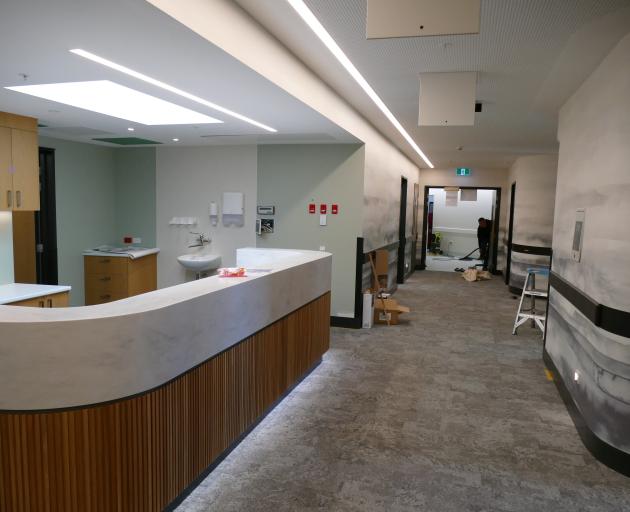 A nurses’ station in the hallway leading to inpatient rooms in Southern Cross CLT’s new Queenstown hospital.
Mr Blair, of Queenstown, said the first of the hospital’s weekly surgical lists were already being scheduled — it would be funded by the Southern District Health Board for acute orthopaedic surgeries, meaning Queenstown patients could have operations in the Wakatipu, instead of travelling to Southland or Dunedin hospitals.

There would be three operating theatres in the new hospital — the second would open in February, signalling the beginning of inpatient surgeries.

A full-time hospital manager/anaesthetist had already been employed and was working with a core group of about five staff.

Mr Blair said by January there would be 25 staff employed at the hospital, increasing to 40 by the end of next year.

The Warren and Mahoney-designed single-storey building also included 13 inpatient beds, each with an ensuite, two larger suites with kitchenettes, and day surgery facilities, which he said came with "the best view [from] any day surgery unit in the country".

Mr Blair said he was "pumped" about reaching the end of the project, first revealed in July, 2018.

An open day was being planned for next year, Mr Blair said.