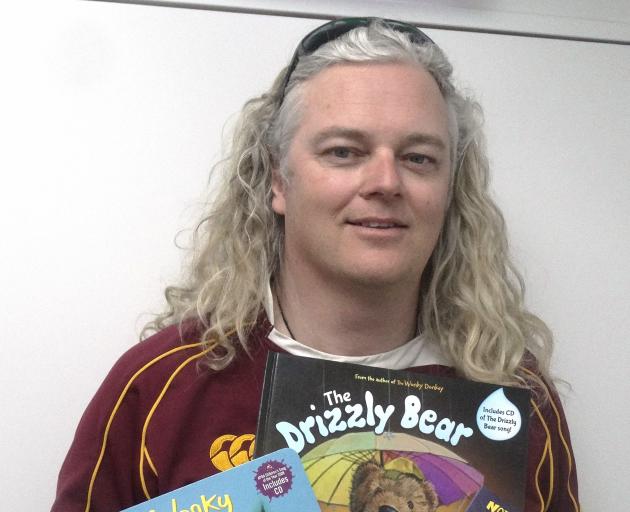 Now, the Wonky Donkey is coming to life on the stage, and its viral resurgence has turned the life of its author Craig Smith upside down.

"Every book in the world that was on the shelves basically sold out immediately. It's changed my life, it's amazing," Smith says.

"People have been getting in contact with me online from the US, both individuals and stores, asking 'how can I buy the book? Because it says it's out of print'.

"I've had to personally sign around 4000 Wonky Donkey books and put them in the post. I've had to hire my family."

Demand for the 2009 childrens book skyrocketed after a Youtube clip of Scottish grandmother Janice Clark unable to contain her laughter while reading The Wonky Donkey to her four-month-old grandson Archer went viral.

On Amazon.com, Wonky Donkey sits at 16 on the global best-sellers list.

Craig says his US publisher, Scholastic books, rung him this week to say they're going to order a reprint of 500,000 copies of Wonky Donkey.

"Because of the viral thing that's happened, it's an instant situation where everyone wants the book.

"It's huge for Katz Cowley as well who's the illustrator of the book with her amazing pictures."

Craig says there may be print runs of his other eight book before the end of the year also.

In the immediate future, the tales of the three legged donkey, based on Smith's song of the same name, are the subject of his Wonky Donkey Man show at the Mt Eden War Memorial Hall on October 13.

Armed with his guitar, a number of puppets, costumes and a flash drive, Smith's 45 minute interactive show is followed by a fifteen minute question and answer session.

"We project the books up onto the big screen, so it's a bit of a visual feast, a bit of an audio feast, because the kids are listening and dancing," he says.

Craig will also be promoting his new album of his crowdfunded book The Drizzly Bear during a three month trip around the country.

Smith's new Wonky Donkey tale is due for release next year in association with the 2020 Tokyo Paralympics.