By Lucy Wormald
0 Comments
Following more than a decade of rehabilitation after a car crash left him with severe brain damage, Queenstown resident Jesse Boulay is determined to seize life with both hands.

Despite doctors’ prognosis he would be permanently incapacitated, and dead within eight years, subsequent intense physio sessions and speech and occupational therapy have proven them wrong.

While there was no quick or easy process, Mr Boulay learned to walk, talk and care for himself again, buying and moving into his first apartment in 2014 and beginning his own clothing line the following year, before working as a Fergbaker pie-maker, alongside an ACC support worker, for two years.

Mr Boulay has long shown his resolve to "get out there" and live, and now crutch-less, social and kitted with a good sense of humour, he is striving for a new level of independence — getting a job. 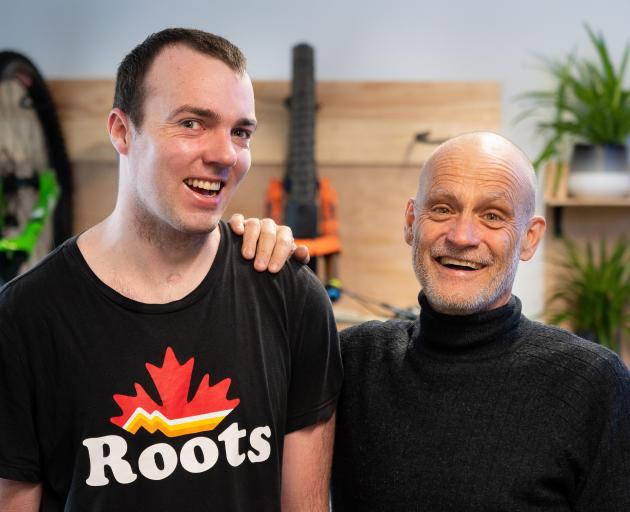 He said he was keen for whatever opportunity might arise, and he was excited to step back into the workforce.

"I would like to go back to cheffing ... [I enjoyed] it very much — mainly the people."

Occupational therapist Andrew Thompson has been working with Mr Boulay since 2014 and recently helped him approach local businesses.

He said the process was about recognising Mr Boulay wanted, and had a right, to work.

"It’s facilitating opportunities for Jesse to participate in his community, ideally with work.

"We’re really looking for an employer who can connect with Jesse and just go "I want to give this young man a go’."

Mr Boulay said the biggest challenge over the past few years had been navigating depression, which he attributed to the grief surrounding the crash.

While he said "it might not ever go away", he was in the process of coming to terms with the accident and the reality of his life.

"[It’s about] just making a normal day, a normal week, a normal year.

After moving back into his family home earlier this year thanks to a broken arm, then selling the house he bought in 2019, Mr Boulay said he was itching to get back the independence he found while living in his own place.

"It was awesome — living there for a couple of years.

"I did it all by myself ... cooking and everything."

Now, his inner go-getter was shining through with a plan of action.

"I want to move out, and it will feel like my life can start again.

At present a volunteer barista on Tuesdays at friend Dave Hockley’s business, Data Story, Mr Boulay said he wanted any prospective employers to know an important part of his identity was being a "Queenstown kid".

For Mr Thompson, it was Mr Boulay’s perseverance that set him apart.

"I think the most notable thing is just [his] personality — always, despite everything, [he] puts a smile on the dial.