Man who abandoned woman after crash sentenced to prison 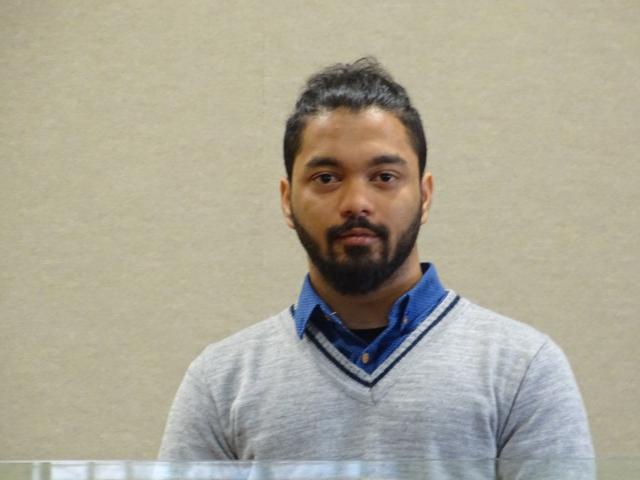 The driver of a vehicle which crashed on Gorge Rd in March, leaving his ex-girlfriend critically injured for several hours, has been sentenced to 16 months' imprisonment.

Sahil Sudhir Shetty (26), of Queenstown, was sentenced in the Queenstown District Court this afternoon by Judge Bernadette Farnan after previously admitting a charge of aggravated careless driving causing injury to Marie Spendig on March 13.

Miss Spendig, from Germany, was critically injured when the Honda Odyssey she was a passenger in crashed over a scrub embankment on Gorge Rd and became wedged between the embankment and a building.

She spent almost a month in Dunedin Hospital's ICU on a ventilator after undergoing emergency brain surgery.

Shetty, who was the driver, failed to negotiate a slight right-hand bend, crossed the centre line, left the road, drove over the bank and crashed into the building.

Emergency services were not dispatched to the Gorge Road Retail Centre until 10.20am, some six hours after the crash.

An employee had located the vehicle, and Ms Spendig who was able to move her arms and legs, but unable to speak.

She was transported to Lakes District Hospital and then flown to Dunedin Hospital.

During an earlier court appearance, prosecuting sergeant Ian Collin said Ms Spendig had a fracture to the left side of her skull, a bleed beneath her skull, and damage to the right side of her brain due to the impairment of blood supply.

She also had brain swelling and damage to her left lung as a result of inhalation of stomach contents. 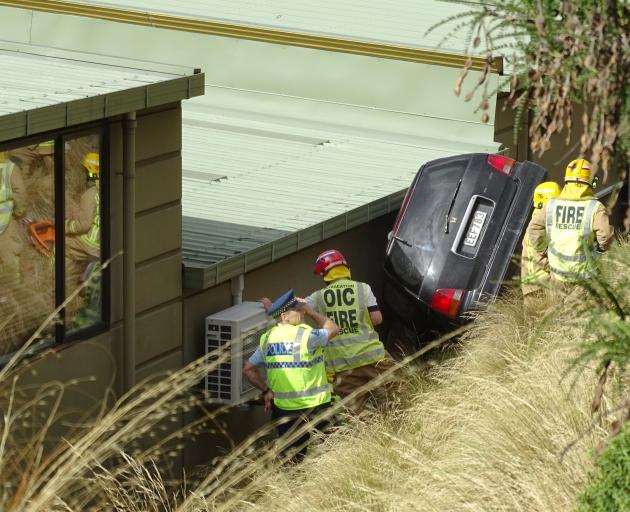 Marie Spendig was trapped in the vehicle for several hours between an embankment and a building on Gorge Rd. Photo: Tracey Roxburgh

She was unable to speak for a month and, as of July, still learning how to walk independently.

When police searched the vehicle they discovered her seatbelt had been cut using a sharp object.

There was also blood spatter around the driver's side, including on the window, door, ignition, steering wheel and footwell.

Shetty's wallet, containing his ID and Ms Spendig's wallet were inside the car, along with three cell phones.

At 6pm Shetty called one of the cell phones, which was answered by police, and inquired as to the condition of the victim.

He told police he had hitch-hiked home after a night out with his girlfriend and others, didn't remember the night and had just woken up.

When interviewed by police on March 26 he said he had consumed five drinks and while his recollection up to the crash was "very good" all he recalled afterwards was waking up with gravel around him, glass in his hair, and "no vision" of the car".

He told police he had walked back to town, asked a member of the public for a ride home, went to sleep ''and woke up wondering what had happened to his girlfriend''.

A DNA sample from the blood in the driver's side of the vehicle confirmed Shetty was the driver.

He was to have been sentenced in October, however, Judge Farnan granted an adjournment requested by police to prepare submissions in response to those received from Shetty's lawyer.

Judge Farnan said at the time there was also conflicting information contained in Miss Spendig's father's victim impact statements, and his lawyer's submissions.

The latter referred to Shetty "spending time with the victim, effectively at her bed side for a period of about two weeks".

However, Judge Farnan said that was at odds with comments made by her father who referred to a conversation he had with Shetty in which it was mad clear "he was not willing to have him visit the complainant whilst she was in hospital".