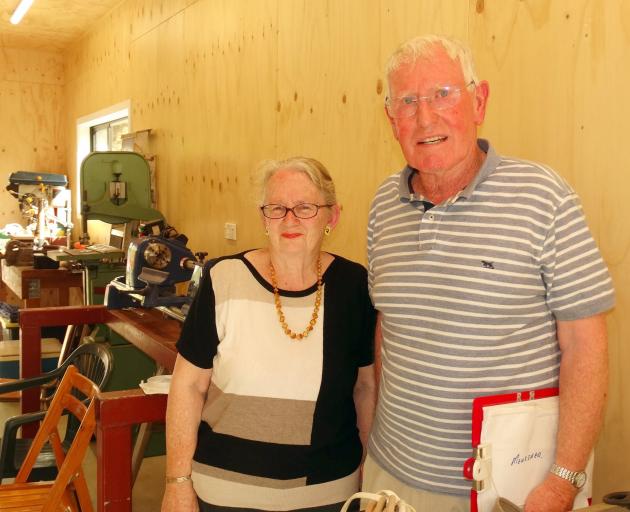 About 70 people attended the official opening of the community workshop at its Arrowtown camping ground site yesterday.

The 66sqm building in Preston Dr, which is part of a national movement of more than 100 Menzsheds, was the idea of local Russell Heckler.

"This day has been a long time coming," Mr Heckler told the crowd.

When he called a meeting at the township’s bowling club in November 2015 to discuss the idea, 20 men turned up.

The problem was they could not afford to buy a section in the township, and there were no empty buildings available, so they were grateful to secure a site in the council-owned camping ground, leased by Erna and Toni Spijkerbosch, of Queenstown, he said.

However, the lease required long-winded negotiations with the Queenstown Lakes District Council.

"I’ll tell you what, this took some time, but we got there in the end."

The Menzshed cost about $120,000, and was supported by the Central Lakes Trust, Community Trust South, Lottery Grants Board and Queenstown Lions.

Although the facility was aimed at supporting men’s wellbeing, women were also welcome, he said.

"You can just come along and have a cup of tea and a chat."

Members could work on projects individually or together, and there were also plans to work on community projects.