By Tracey Roxburgh
0 Comments
A home away from home for handymen and women has been officially opened in Arrowtown.

The Arrowtown Menzshed, part of a national movement of more than 100 Menzsheds, has taken four years to come to full fruition, driven by founder Russell Heckler.

The $120,000, 66sqm building, off Preston Dr, was constructed on land owned by the Queenstown Lakes District Council, adjoining its Arrowtown Holiday Park, leased by Erna and Toni Spijkerbosch.

The exterior of the building was completed at the end of last year with support from Central Lakes Trust, Community Trust South and the Lottery Grants Board.

Club secretary Martin Barrett said while from the street "it looked like she was ready to go", there was no insulation, no wiring or plumbing and, critically, it lacked "major items of plant". 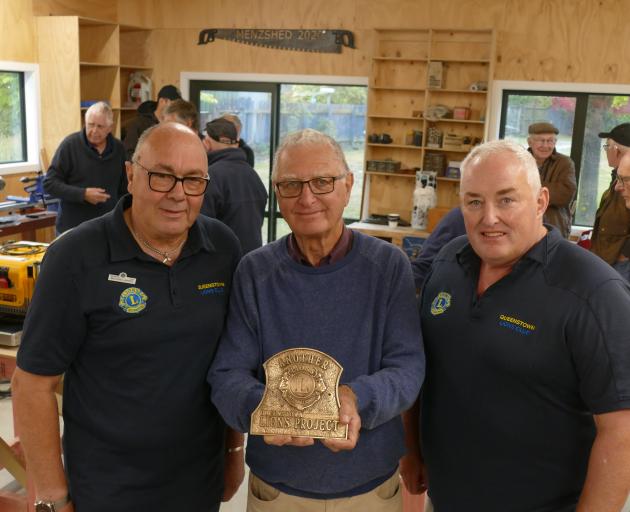 "The purchasing of this plant was the last piece of the jigsaw that allowed us to say, ‘OK, we can open to members’," Mr Barrett said.

Along with fixing things for the community, including a neighbouring fence, the members will also work on other community projects, like reconditioning park benches outside Arrowtown’s Lakes District Museum.

They will also restore other items with a view to selling them online to raise money for the Menzshed.

One of the underlying principles of the Menzshed was the general wellbeing of older men who had an interest in handyman and restoration work, to get them out of the house and ensure they had opportunities to be social.

However, women were more than welcome to join, Mr Barrett said — and several had already signed up.