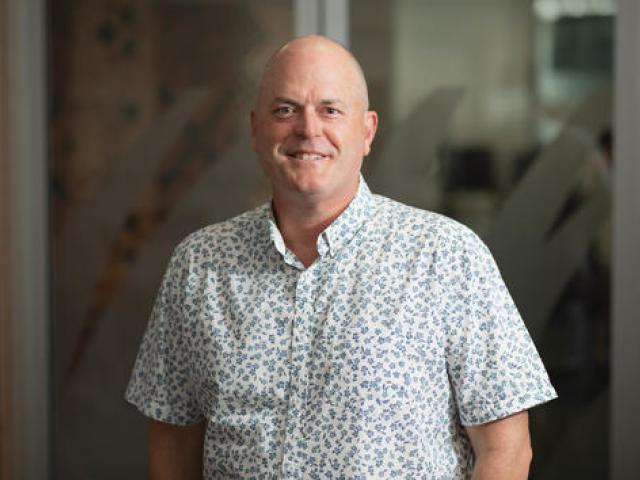 Todd Muller. Photo: RNZ / Claire Eastham-Farrelly
A flexible approach to immigration is needed in certain areas, National’s leader has said, but not all migrants can expect to keep their jobs.

He said one topic on everybody’s lips was skilled foreign workers.

‘‘Any government, including one I lead, must have New Zealanders in work as a priority.’’

The ‘‘idea everyone who is a skilled migrant’’ who had a job in February could expect to have a job in December was ‘‘untenable’’, he said, but it was equally ‘‘ludicrous’’ to tell migrants to ‘‘hop on a plane’’ and return home.

He said a flexible immigration policy was needed for places like Queenstown which relied on overseas workers to recover.

He argued it was ‘‘wrong’’ to pick individual firms to protect.

One member of the chamber asked if MPs would move Tourism New Zealand to the ‘‘capital of tourism’’ — the resort.

Mr Walker immediately said this was a ‘‘great idea’’ but Mr Muller was less enthusiastic, despite calling Queenstown the ‘‘jewel in the tourism crown’’.

He said where the ‘‘bricks and mortar’’ were was less important than the business connections and understanding between companies and the tourism department.

Mr Muller said he would ‘‘lead a government that supported’’ Queenstown if elected and believed successive governments had ‘‘suffocated’’ small business with ‘‘myriad’’ regulations.

He said the Government should support, not lead, economic diversification in the town and help small business ‘‘as opposed to checklist [them] out of oblivion’’.

He said tourism sustainability would come from businesses rethinking their approaches after Covid-19 to maximise revenue.