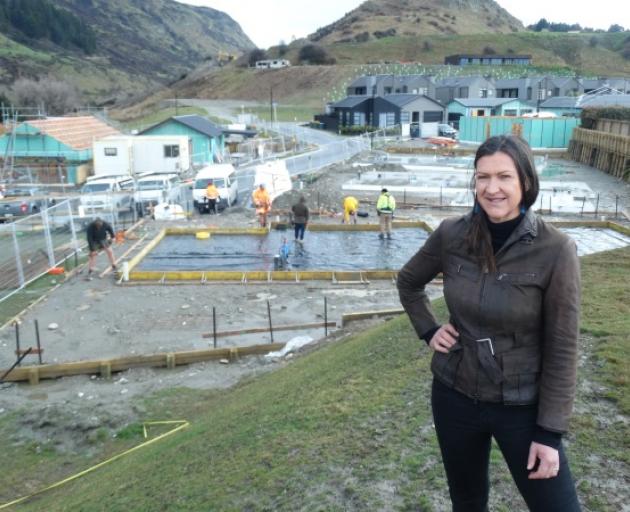 It’s an apt name for a development which sits in an elevated cul-de-sac with sweeping views of the Kawarau River and mountains.

The homes are expected to be finished in January, and families will move in the following month.

Nine of them will be added to the trust’s Secure Home programme, in which eligible households buy the homes using their own mortgages and deposits, but pay a ground rent for the land, which stays in trust ownership.

The remaining four will be tenanted under the trust’s rental programme.

Scott says it’s had "huge demand" for the properties from its waiting list of households, which has grown 25% in the past 18 months, to more than 750.

"We anticipated less demand for our services, but the opposite’s happened."

She puts that down to the continuing rise in property prices, and many households being on reduced incomes because of Covid.

The 13 properties are a mix of three- and two-bed homes, with floor areas ranging from 75 square metres to 122sqm.

Alps View is the trust’s fourth development under its Secure Home scheme.

The first was a six-home development in neighbouring Shotover Country, completed in 2019.

It has another 25 units in Frankton’s Toru Apartments, while three more have been completed in its Hikuwai project in Wānaka in the past few months.

Meanwhile, the trust’s received 11 responses to its request for proposals for a "sustainability review" of its masterplan for a 68-lot affordable housing subdivision in Arrowtown, Tewa Banks.

It called for proposals last month from urban design, architectural and sustainability firms to review the masterplan, with a goal of making the homes more energy-efficient.

"A lot of people have asked why we’re doing this when we have a masterplan and have
lodged a resource consent application," Scott says.

"But a lot’s changed in the past two years, particularly around climate change and  sustainability, so we want to ensure that what we designed two years ago is still fit for purpose in tomorrow’s world."

The trust is using Tewa Banks as a pilot for the new approach, and will apply what it learns to future projects, she says.