Lakes District Hospital was cleaned from top to bottom last night and 36 staff were tested for Covid-19 after a nurse at the Queenstown facility tested positive to the disease driving lockdowns around the world. 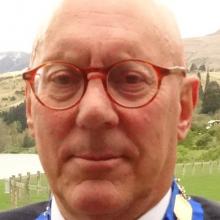 Jim Boult.
Health officials were hopeful the hospital would reopen today, but all services were closed down last night, apart from the emergency department and maternity, which was moved to a separate building until it was given the all-clear.

Lakes District Hospital has treated two Covid-19 cases, including a now discharged Spanish tourist who was one of the first cases of the disease in the South. However, the nurse who tested positive did not provide direct care for either of those patients, a Southern District Health Board spokeswoman said.

"The Public Health team is investigating to find out how the nurse contracted the virus.

"We are aware of a number of cases in Queenstown likely due to community transmission and are exploring all possible ways of exposure for this nurse."

All staff in close contact with the nurse were ordered into self-isolation, a serious blow to the small hospital. She had not been in contact with patients in the time before she displayed symptoms when she would have been potentially infectious, the spokeswoman said.

The Lakes district has become one of New Zealand’s Covid-19 hot spots after Queenstown hosted the World Hereford Conference a fortnight ago. A cluster of 19 cases throughout New Zealand and others overseas have been linked to the event and to the Wanaka A&P Show, and probable community transmission has meant 31 people in the district now have been diagnosed as having Covid-19.

"It’s exactly the sort of thing we all hoped wouldn’t happen, but it does just underline the need for the restrictions that have been put in place to be taken very seriously, in fairness to those people who are effectively putting their lives on the line."

There was already a high degree of concern in the community about the number of Covid-19 cases, and news of the scare at the hospital would add to that, Mr Boult said.

"It comes back to the simple issue of absolutely obeying the rules that we have all been asked to do; just stay at home and stay in your bubble," Mr Boult said.

"I was horrified to hear of the issue of the backpackers partying — for God’s sake, how many times do we need to say this?"

Police were called to Deco Backpackers in Queenstown on Sunday after people residing there held a social gathering which spilled outdoors.

Police Commissioner Mike Bush yesterday said it was "very poor" decision-making for the backpackers to have considered they were all in one bubble. He said it was clearly a mass gathering, which was against the lockdown rules.

Mr Boult said he had spoken to police, who had given him an assurance such a situation would not happen again.

Southern region Covid-19 cases continued spiralling upwards yesterday; one person suffering from the virus was still in Dunedin Hospital. With 83 cases in Otago and Southland, the area has the second-most cases in New Zealand and is easily the region with the highest rate of cases per head of population.

The 12 new southern cases announced yesterday were in Queenstown Lakes (7), Dunedin (4) and one in Invercargill. Nationally another 76 new cases were confirmed yesterday, but Greymouth woman Anne Guenole remained the only New Zealander to have died from Covid-19.

Two patients were in intensive care out of 12 in hospital.

Prime Minister Jacinda Ardern yesterday announced the Government would monitor retailers for claims of ‘‘price gouging’’ and said an email address was set up for examples to be investigated.

Police Commissioner Bush said a tool set up yesterday, for people to report possible breaches of the Covid-19 Level 4 restrictions, proved instantly popular. After more than 4000 responses, the website crashed briefly, but it was working again last night.

Three people had so far been arrested for persistent breaches of the rules; two were released without charge, while a third was being held on other matters, he said.