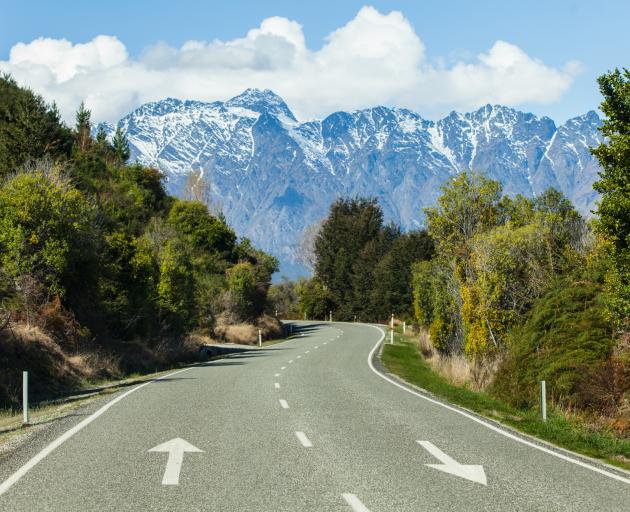 15% of participants also admitted they were not confident driving in NZ. Photo: Getty Images
A new study of Queenstown tourists has shown only 3% of foreign drivers passed the New Zealand driving theory test.

The study, conducted by Professor Neil Carr and Ismail Shaheer from the Department of Tourism at Otago University, found only seven of 226 foreign drivers passed the test.

Fifteen percent of participants also admitted they were not confident of driving safely in New Zealand.

The data was gathered using a questionnaire that was given to international visitors in Queenstown. Researchers approached 284 people from 34 different countries.

Questions included things like; What should you do if your vehicle breaks down on a motorway; when turning right into a one-way street with two lanes, which lane should you go into; and, when must you use headlights?

Carr said the study identified a serious gap in the knowledge of New Zealand's road rules among self-driving international visitors to New Zealand.

In the report, Carr said there was a clear need for a cohesive plan to increase visitor drivers' knowledge of rules and safe driving practices.

"This plan needs to increase their knowledge of the rules and safety practices related to driving in the country and, as a result, increase the quality of their driving behaviours.

"Such a route is important for the continued health of the national tourism industry and the welfare of all road users," he said.

However, Carr warned of "rushing to castigate" international road users for a lack of knowledge of the road rules.

"There is a need to ask how many of those with New Zealand driving licenses would have passed the test administered in this study.

"It is arguably one thing to pass a theory test for which you have prepared and another thing to do so after several years of driving but no other preparation.

"Therefore, while recognising the importance of the findings of this study it is necessary to call for a larger-scale study that encompasses domestic and international drivers," Carr said.

Ministry of Transport figures show that in 2017 there were 23 fatal crashes that involved overseas drivers.

From these crashes, 34 people died, and overseas drivers were found to be at fault in 29 of these deaths.

Regions with the highest number of crashes involving overseas drivers are Auckland, Christchurch and Queenstown.

The top country of origin of foreign drivers involved in fatal or injury crashes are China, Australia, Germany, India and the UK.

"We need to keep everyone who is driving in New Zealand safe, and this includes ensuring that international drivers are supported to drive confidently while they are here," she said.

She said of most concern was that 15% of the drivers surveyed – the majority of whom had already been driving in New Zealand for more than a week - who were not confident that they could drive safely in New Zealand.

"If people aren't confident, I'd question why they're driving in the first place. If someone isn't confident in their driving, they are likely to not have swift reactions in an emergency.

"When this is combined with a lack of knowledge about give way rules, and generally a lifetime of driving on the other side of the road to that in New Zealand, this is of great concern," Forsyth said.

"What the results tell me is that we need to do more to make sure that people driving in New Zealand know what they're doing, and can do so safely with confidence."