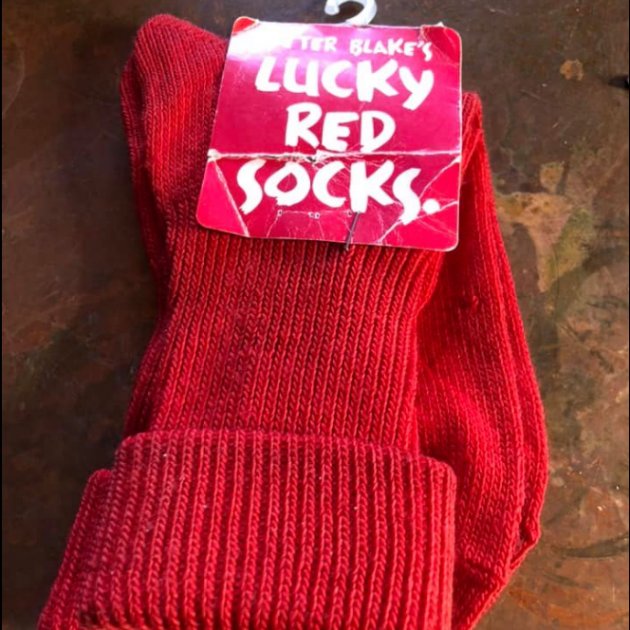 Owned by her partner Dave Ness, Karen Brown, has posted the socks up for sale on a local Facebook trading page.

Ness said they put them up for sale at the start of the America's Cup this year.

"They've been in the sock drawer since 1995 basically and then of course we remembered that they were in there. We thought 'oh well someone might want to buy them'."

The Queenstown couple said they bring the socks out during every America's Cup but have never worn them.

"We've been using them as a good luck charm, we must have missed taking them out of the drawer one year though."

The red socks saga started when Blake wore a pair for each race of the 1995 Cup. Every time he wore his socks, the black boat was victorious.

Even now, the Sir Peter Blake Trust continues to ask Kiwis to buy replicas of his socks and host an annual Red Socks Day to raise awareness about the importance of leadership.

Ness' socks are still in great condition, with the tags attached, after 26 years, he said.

"I'd be surprised if we weren't one of few to have them. Over the years people who had them have probably just worn them."

When asked if they consider themselves big America's Cup fans, Ness said they are as much as any other Kiwi.

"You get caught up in the hype definitely but we aren't sailing people."

The couple is not sure exactly how much they want for the socks but are open to offers.