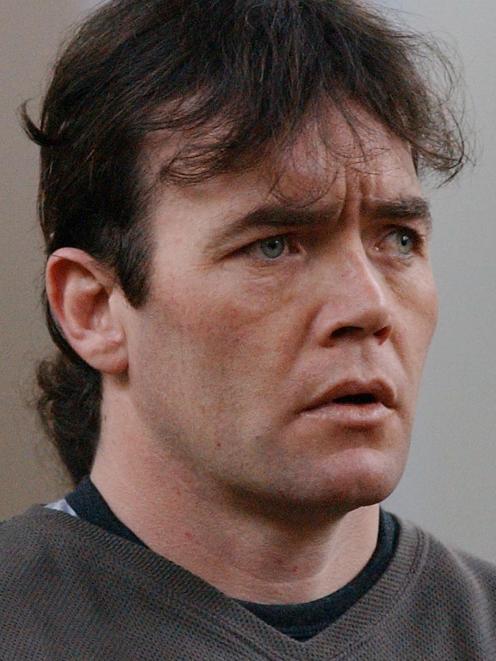 Jarrod Mangels (48), pictured at his 2004 trial, has been granted parole after at least six previous failures to persuade the board to release him. PHOTO: ODT FILES
A murderer it took 16 years to bring to justice has been released from prison, to the outrage of his victim’s family.

Jarrod Allan Mangels (48) was yesterday granted parole after spending 17 years behind bars for strangling his neighbour, Maureen McKinnel, in Arrowtown on Boxing Day in 1987.

The 38-year-old’s naked body was found five days later, dumped under the Arrow River bridge but the case was only solved in 2003, when scientific advances meant the killer’s DNA could be matched with that found under the woman’s fingernails.

‘‘We feel that Mr Mangels is still a risk to society and not ready for release,’’ they said in a statement.

‘‘We have serious concerns about his chance of reoffending and would not want another whanau to go through what we have.’’

The fact the board had allowed Mangels to live in Christchurch also stung.

It was an area from which they sought to have the killer excluded because of its proximity to family members, they said.

At yesterday’s parole hearing — which the Otago Daily Times attended by video-link — Mangels, now shaven-headed and portly, appeared unrecognisable from when he pleaded guilty to murder midway through his 2004 trial in the High Court at Invercargill.

He became eligible for parole in 2013 but had been knocked back at least six times since. 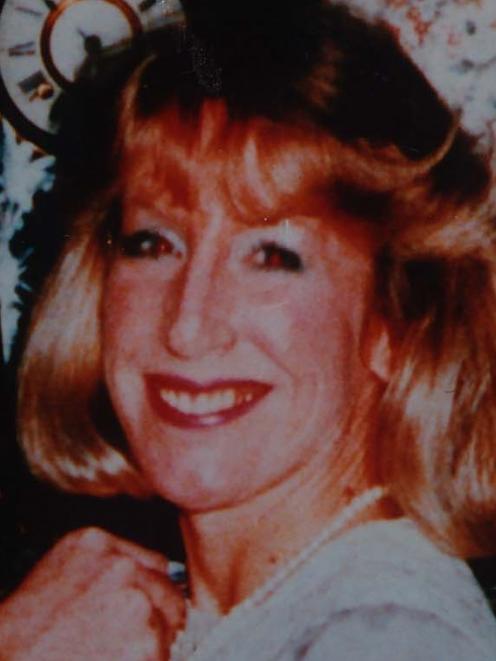 It took 16 years for police to discover Maureen McKinnel’s killer. PHOTO: SUPPLIED
Counsel Ethan Huda said Mangels had done all recommended rehabilitation programmes, had been punished for his violent acts and had proved he could be trusted in the community.

Mr Huda told the board, any question marks over his client’s remorse were unfounded.

"It’s not just the day of the Parole Board. I think of why I’m in prison every day," Mangels said.

Despite that sentiment, he maintained he was unable to recall any of the incident that had landed him behind bars.

A head injury he got after a run in with a gang in 1999 meant he had no memories before the incident, he said.

The brain trauma, however, had had unexpected benefits.

Mangels said he was now a calmer person and his principal corrections officer said the inmate had stayed out of trouble, even in the face of a widespread drugs problem in the unit.

He was asked by Parole Board member Chris King about how his attitudes had changed since being incarcerated.

"That fact of trying to be a tough guy," Mangels said.

"I try to get along with most people."

The prisoner had spent the past five months working as a fabricator outside the prison and had impressed to such an extent that he had been offered full-time employment with the company, a representative of which spoke at yesterday’s hearing.

"Doing that again took a bit of getting used to but I adapted to it and I’m enjoying it. It’s quite good to learn new things."

Associate Prof Philip Brinded noted Mangels had received treatment for alcohol issues from the age of 14.

How would Mangels cope with a lifelong ban from drinking?

"I haven’t drunk for quite some time but it’s not because I haven’t been able to, it’s because I choose not to," he said.

Ms McKinnel’s family thanked those who had supported them over the years and paid tribute to the victim.

"She was such a loved, treasured member of our family and a friend to many. We greatly miss her and are sad that she never got the opportunity to share in our family occasions and celebrations all because of Mr Mangels’ actions."

The killer, who appeared unmoved when parole was granted, will be released on March 31 and will be subject to a curfew from 10pm-6am, as well as a range of other conditions yet to be finalised.