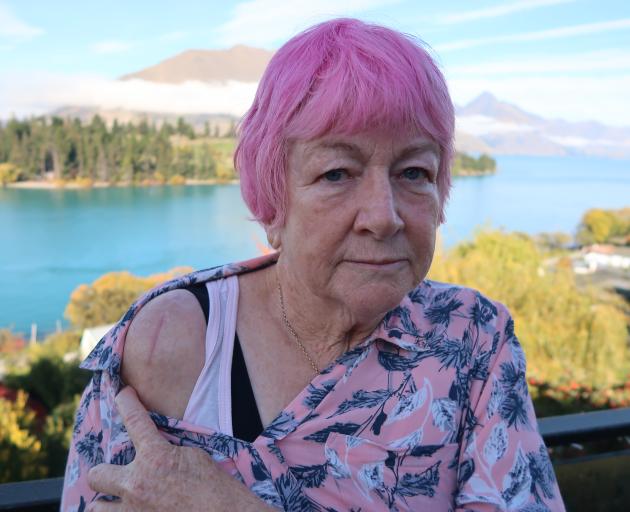 A Queenstown pensioner’s gob-smacked she’s had to pay $20,000 for shoulder surgery after a fall, despite paying tax for 50-plus years.

Mary Keith (66) is “pissed off” because she claims if a visitor had suffered the same injury in a fall, Accident Compensation Corporation (ACC) would have shelled out for surgery.

After falling on ice in July, 2017, ACC twice flew her to Christchurch to see a specialist.

However, after an MRI scan, she says ACC informed her it wouldn’t cough up for treatment as she’d had degeneration in her shoulder area from about 10 previous accidents.

Keith recalls falling off motorbikes many times, and even wrenching her right arm trying to rein in a sheep 20 to 30 years earlier.

Her argument, however, is she was still a functioning member of society until her last accident.

Last year, Keith says she took pain relief to manage her rotator cuff injury, but her quality of life suffered.

She made a New Year’s resolution to get the problem fixed this year.

She duly had elective surgery in Christchurch last month, but had to pay for it along with five weeks of home care straight afterwards, and ongoing physio.

Keith claims she was told that, living in the Southern District Health Board (SDHB) area, she didn’t have enough points to qualify for free surgery, but she would have if she lived in the Canterbury area.

Having worked since she was 15, and also owned businesses, she believes she’s paid enough taxes to be looked after.

Asked why she didn’t have medical insurance, she says she couldn’t afford it after getting divorced.

He says it’s wrong for her to claim a visitor would have been looked after, instead, if they’d had the same accident.

“We don’t look at a claim and go, ‘oh, this claim has come from someone living in Queenstown versus someone who lives in the United States, or whatever.

“We make it based on the medical evidence and opinions that we get given by the hospital specialists.”